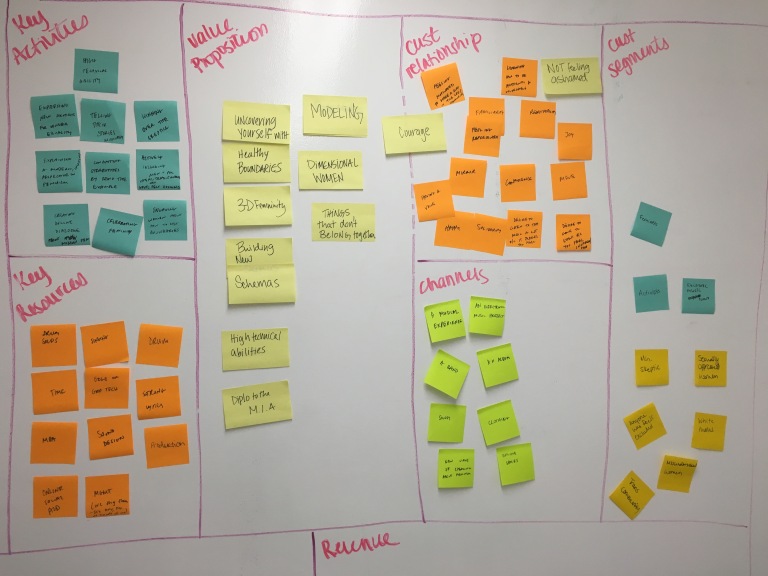 This is where my concept for the Electrofeminist Church was born. After 2 weeks of working in the studio with an extraordinarily talented team of engineers, entrepreneurs, music industry thinkers, activists and producers, we finished 2 songs off of my EP Voices: Gandhi Blues and Her. These two songs explore my concept of 3D femininity – this idea that feminism and gender equality doesn’t mean being strong all the time – it actually means that we celebrate our fullest range of human emotion – and that strength is in the ability to feel all of these things, value them and act on them. I often say I want to live in a world that is emotionally intelligent – a world in which we seek to empathize with the emotions and experiences of others. In my record Voices, I explore this notion, and especially in the pair of songs Gandhi Blues and Her, which appear back to back in the tracklisting. Gandhi Blues is a reference to Mahatma Gandhi, whom I share a last name with, and is about balancing your activism with your personal life. Gandhi was long criticized for not being a good father because he gave so much to his country. In my own experience, I have always found it difficult to be there for my immediate circle and partner, while still feeling like I can contribute daily to my mission of elevating and celebrating the female voice in a world where it is constantly quieted. And so I write, “my voice is tired and I feel broken, I know I’ve been letting you down.” It’s about missing your lover and wanted to let them know that you want to be better and handling it all, but that you know you aren’t. The song ends with me moving from the mic to the drumset, in a desire to fix these problems, and find strength in the balance. The song Her is about celebrating female leadership. I wrote it before the 2016 election with Hillary in mind…”If you feel it in the air, then appoint her…” it is about preventing our daily prejudices from holding us back from appointing the right leader. And this could be in any aspect – in a work or school setting, not just politics. So often women are not given the chance to lead that they deserve because decision makers or gatekeepers have preconceived prejudices, rather two-dimensional understandings of what women bring to the table, instead of valuing and seeking to see our three-dimensionality. Hence, Her was written. It has Alexia’s sound design which musically symbolizes our power once given the chance.

Check out the Zoo Labs program at http://www.zoolabs.org to learn more about this incredible artist incubator and program. Read what Ripple had to say here:

Kiran Gandhi, who performs as Madame Gandhi, turned the Release Day for the Zoo Labs music accelerator into a feminist church service.

It was the kind of service that makes you explode and vibrate with inspiration, power, beauty and self-confidence.

Gandhi opened by reading from the manifesto “The Feminist Utopia Project.” It led to audience members covering themselves in tape with the words “The Future is Female” printed on it, as well as golden uterus temporary tattoos. Crashing Hotels and Ok Sweetheart, the other two groups in the program, joined Gandhi for a gigantic jam session.

To Gandhi “The Future is Female” represents a time when female qualities are not subordinate to male qualities. It means a collaborative, emotionally-intelligent world where you are your authentic self, embracing both female and male characteristics.

Gandhi has toured professionally as the drummer for both M.I.A. and Thievery Corporation, but that’s just the tip of the iceberg. Her educational, professional and activism accomplishments are too many to list. Read more about her at https://kirangandhi.com/hi/.