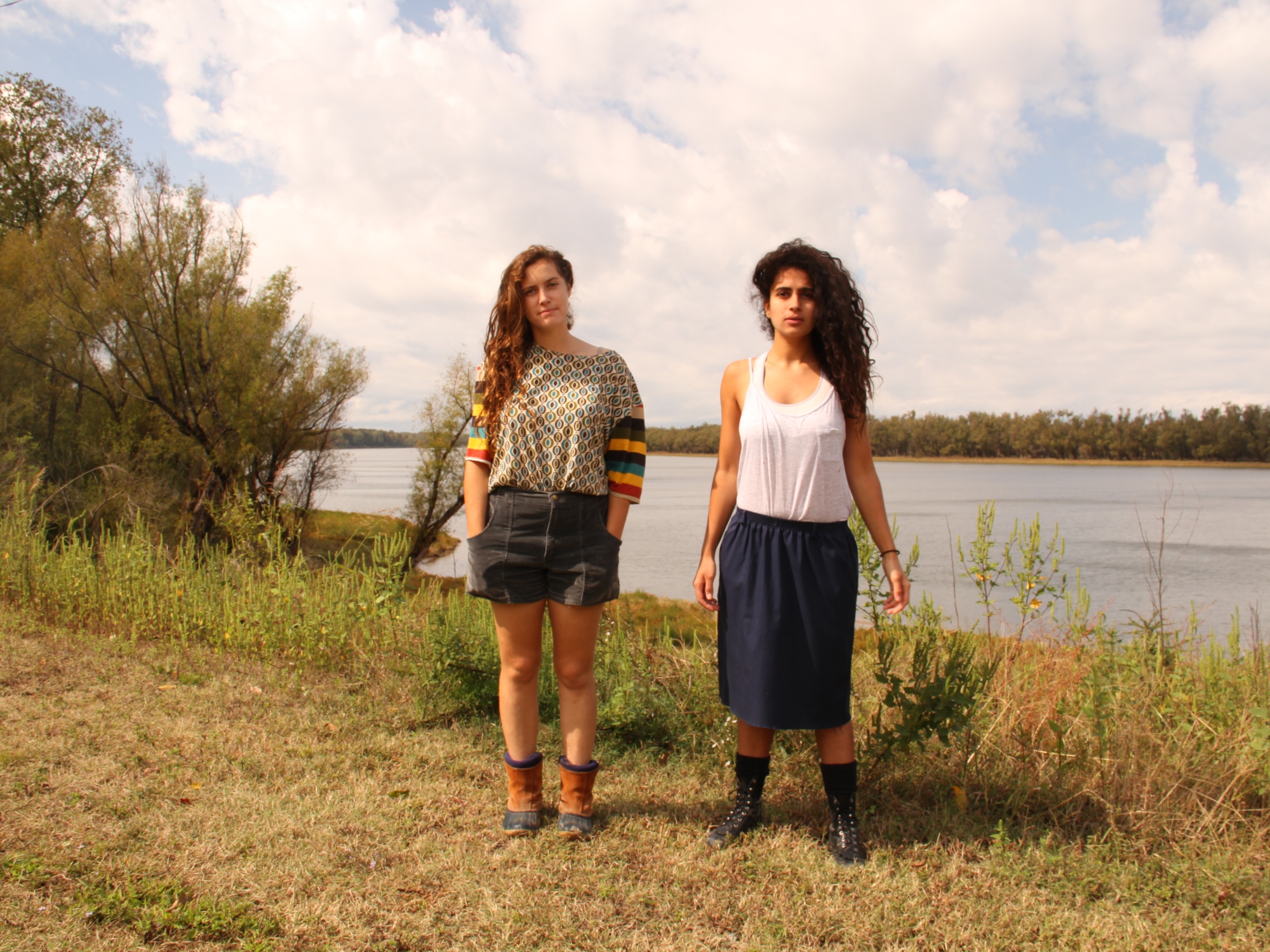 The drive through the Mississippi Delta started in Midtown Memphis at Otherlands Coffee with the most divine iced coffee I’ve had in a long time along with gluten-free cupcakes. Cioffi and I began our road trip at around 9am after we chilled there for a bit and crossed over the Tennessee-Mississippi border within the hour. We headed for Greenwood, MS which is the cotton capital of the world. 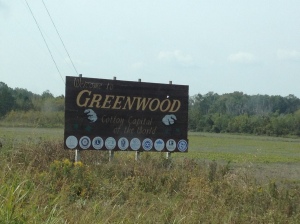 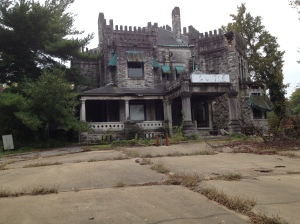 We met up with the subSIPPI crew at an adorable coffee shop called Turnrow Books in Greenwood’s downtown area. The most startling difference was how quickly you could tell the difference between the black section of the downtown area and the white section. The black section had shells of beautiful old buildings and shops such as the Delta Seed Co. while the white neighborhood had one of Mississippi’s only 5 Star hotels called The Alluvian. We all stayed at the coffee shop for several hours – the team was editing their footage from the previous days’ shoots and I was working on several reports for my boss, Brooke Michael, at Interscope. That day I was looking at chatter about Kendrick Lamar leading up to album release, impact of an iPod commercial on recent signee Willy Moon and a critical analysis of what fans were talking about when they mentioned Priyanka Chopra online or tweeted at her. 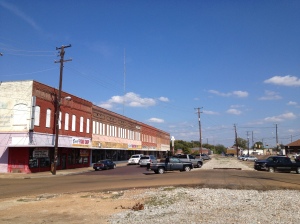 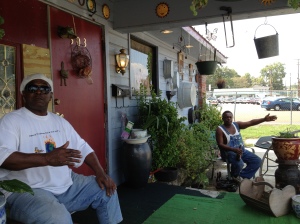 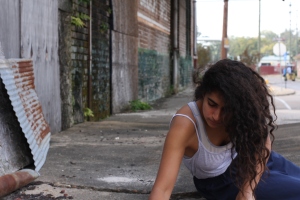 Once I finished my work, we all proceeded to some janky hotel nearby where we showered and got dressed for the Cotton Picker’s Ball to be held that evening at Mississippi Vally State University. subSIPPI would be filming the African drum and libation ritual before the ball and there was a chance that I might join the drummers in their call to their ancestry. 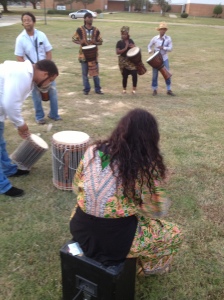 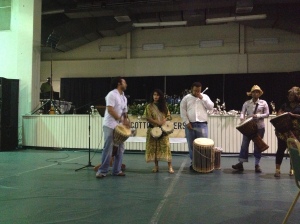 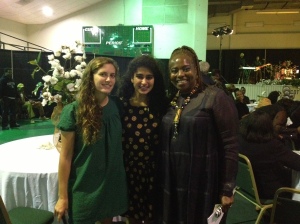 The ritual was beautiful. Led by Sade Turnipseed who had ancestors who were slaves and sharecroppers, the ritual required about 20 members of the community to circle around the drums holding candles and announce the members of their family who had served as cotton pickers. The ritual honored them and remembered them, striving to connect with them in a way that celebrated their contribution to future generations and their strength that allowed the present members of the black community to be standing where they were that day. I joined the drummers in this call to prayer. Belzoni’s own Helen Simms reenacted the words of Fannie Lou Hamer, a Mississippian who was a civil rights activist and died right there in Mound Bayou, MS in 1977. At the end of the ritual, Sade had me start drumming again and lead the group in a line to the ballroom around the University’s ponds and across its lawns. As I walked across the lawn leading these elderly women and men to a ball that would pay homage to their rich history, I felt blessed to possess the drum skills I had that allowed me to participate in a celebration to specific to this community.

The ball was beautiful – there was local art on display, a performance by Delta blues singer Lacee and her band, and beautiful arrangements of long cotton plant stems at the center of each table. I gave Sade Turnipseed the gold shoes I was wearing and went home barefoot. 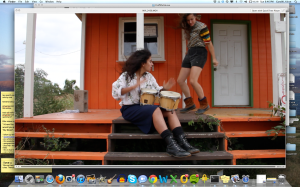 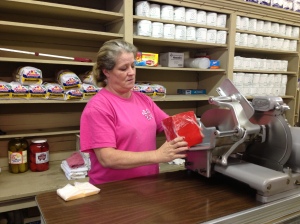 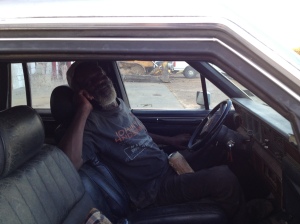 Saturday and Sunday were spent exploring so many different towns throughout the Mississippi Delta. Cioffi is a powerful filmmaker and cinematographer with a specific eye for the aesthetic that she wishes to convey. She filmed at each town that we visited and occasionally we would find spaces in which I wanted to play drums as well. I would jam and create music in that space and she would film it. A couple of times I’d tell her to ditch the camera so she could just come and drum and dance with me in the empty streets of these historically rich Southern streets. It was one of the dreamiest weekends of my life. We visited Greenwood, Ita Bena, Clarksdale, Cleveland, Indianola (Sunflower County), Mound Bayou, Tallahatchie County, Yazoo City and ended up back in Jackson where Cioffi lives.

There was one moment during our drive where I asked Cioffi, “What is the iconic image you think of when you think of the Mississippi Delta?” She pointed to a lone standing house on the side of the road on a cotton field and said, “that”. We stopped and took several pictures.

Have you ever driven on an empty road with nothing but endlessly white fields of cotton on either side of you? It’s something else. The Mississippi sun at 5pm is golden and the cotton fields look like snow. The houses always have that reddish brown rust about them and the dark painted green of a tractor in its hay day. The font of old cafes or pharmacies that once stood strong also are vivid in my mind from this trip. The image of the huge bales of cotton post-harvest look like gigantic pillows – there were many occasions when I wanted to go and jump on one of them but clung instead to the cotton I had from the cotton-picker’s ball to quell my desire. 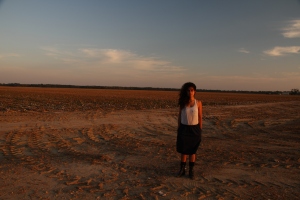 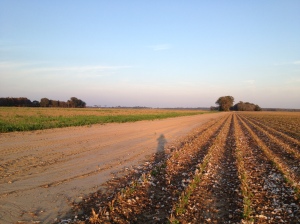 This weekend we met so many different people who will likely be featured in Cioffi’s film, subSIPPI. We met an 18-yr-old black girl from Florida named Christoria (she wanted us to call her Amber because she thought her name sounded like “Crisco”!) who had just moved to Greenwood. Though she was new to the city, she taught us that her fashion and outspoken nature made her stand out in that town. She said one of the town’s main issues was its racism because the people did not integrate with one another. Another gentleman overheard her thoughts and stepped in to tell us that the Delta had to remember its history in order to move forward. It needed to celebrate its sense of place and focus on the contribution of Blues singers to the world in order to remember that that particular town bred someone and some culture that was relevant. 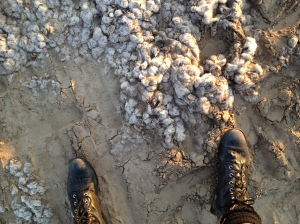 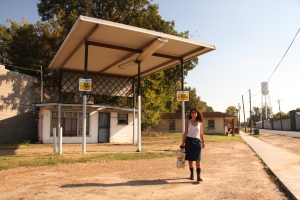 When I was running into a random convenience store to buy water (run by an old chinese man – another Cioffism that the Chinese exhibit a pattern of establishing misc businesses in really ghetto parts of America), Cioffi noticed a crew of little black children riding around a golf cart on their parents’ front lawn! It was about 6 or 7 young boys and girls all piled in to this rusty golf cart, and they were just spending their Saturday afternoon riding around on this golf cart. Cioffi filmed and got us a ride on the back of their cart, while one young boy told us that this was called “Pitchin’”. I looked this up later and learned to my horror that this was a combination of “bitchin” + “pimping”!!!!!!

On Sunday we wound up in Yazoo City (the first place we had visited over a year ago when we first flew to Mississippi), and filmed my drumming in my favorite street in the whole state. The old colorful buildings and brown roads look like a Hollywood set and its vacancy allowed us to set up in the middle of the street in the rain dancing and drumming. Right as we had finished filming though, a troupe of 3 black teenagers came riding heroically through the streets on horseback!! It was unbelievable! What were they doing and could they just ride like that with no restrictions? Cioffi wanted to get them for her documentary so we went on a wild hunt to track them down. Follow the horse shit she said. We eventually found them by a large park on Martin Luther King, Jr. Road and talked to a young man named Whodie. He said the horses belong to their family and that the boys ride them on the weekends throughout the city. I thought this was fascinating because it perhaps shed light on their economic status – if I am not mistaken, horses are associated with privilege because of the space required to keep them and money required to maintain them. Cioffi will be interviewing these boys later in the week to learn more about this subculture.

While these many interactions from the weekend left me with nostalgically happy memories of the South, it is important to remember that its beauty is marked by systematic and historical poverty. Cioffi and I had many conversations about this this weekend – we often had to be careful about romanticizing images that currently represent a very specific struggle. The Mississippi Delta is composed of some of America’s poorest cities and its population is 75% black. 23% of Mississippians live below the poverty line, 11% are unemployed, 14 of its counties are among the top 100 poorest in the nation and the median household income is $37K. These facts are not surprising when you drive through the state – you can see dire poverty when you see that there is little to no infrastructure in each of the cities in the Delta – someone in Clarksdale, for example, would have to drive 3 hours to Jackson to go to a hospital. On Saturdays and Sundays, all small businesses and shops are closed. To get a coffee on a Sunday morning in the Delta, you have to go to McDonalds. The shells of a past hay day in many of the towns feel local – there are many beautiful areas that are not overrun by fast-food chains or gas stations – but what is most problematic is that they are shells. They are dilapidated. They are scars of a failed business or unfrequented restaurant. It feels like only businesses associated with the Blues are still open because they have a tourist attraction. On Saturday night we spent the night at the Riverside Hotel in a room where Muddy Waters used to stay. The owner, Rat, is in the picture below.

In the Delta, the black communities are the poorest, and the white communities are few in number but far wealthier. There is no middle class to start up new businesses or revitalize these gorgeous old buildings and shacks. The population of the entire state is only 3 million. The A students are known to leave the state to pursue better opportunities for themselves. The day before I landed, Cioffi witnessed a Congressman Thompson speak about how the A students needed to return, needed to teach locally, needed to inspire Delta natives to take control of their own history. The speech called for voters to vote for Obama in 2012. But perhaps the speech neglected to address the simple matter of revitalization and method by which these smart students could best serve their state.

I learned perhaps more about the state this weekend than I had in many of my previous trips down to the South. I learned how specifically the Civil War, slavery and sharecropping affected the communities that still exist there today, how prevalent segregation is throughout the cities of the Delta and how cotton-picking and its surrounding culture have impacted thought and behavior in the people that live there.

On Sunday evening upon returning to Jackson we showered and made a gluten-free pizza. We slept early because I had to catch a 5am flight to LA to be at work Monday morning. Love that 2-hour time difference.