Tiger Moon, a Native American woman, has long black hair and a son named Forest. She lives a few blocks from Art Share in Downtown LA and is always at Novel Cafe. On Thursday she hosted her 29th monthly Poet’s Perch at her loft across from The One-Eyed Gypsy.

People from the neighborhood poured into her velveteen loft, with grand curtains sectioning off areas of the large open space, a stage by the windows, gigantic sequined pillows around and wine and beer by the dark kitchen.

The poets who spoke called for unity, for calmness, for friendship. Tiger played her flute. People in the audience would sing or call out when they were vibing with the artist on stage.

I played a few songs with Neema, Runson and Forest. Forest had a live snake around his neck when he played; the snake would curl around his guitar and play sounds of his own every now and then. Was wild.

This is downtown LA in 2012. Who knows how much longer it will stay this free and magical. 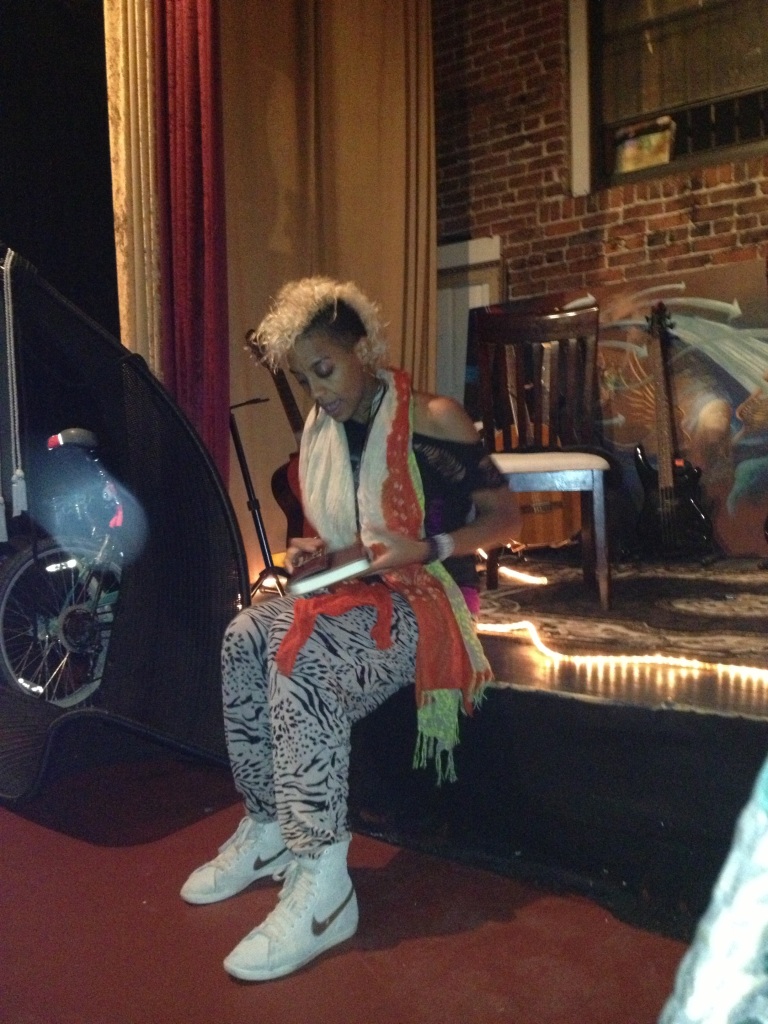 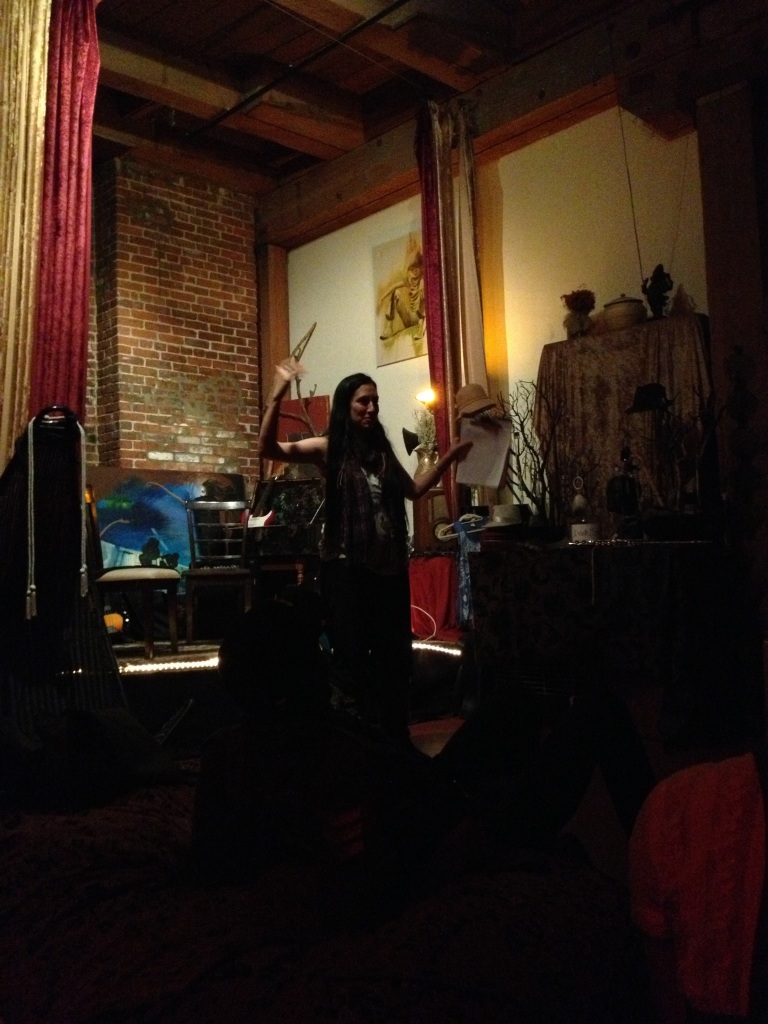