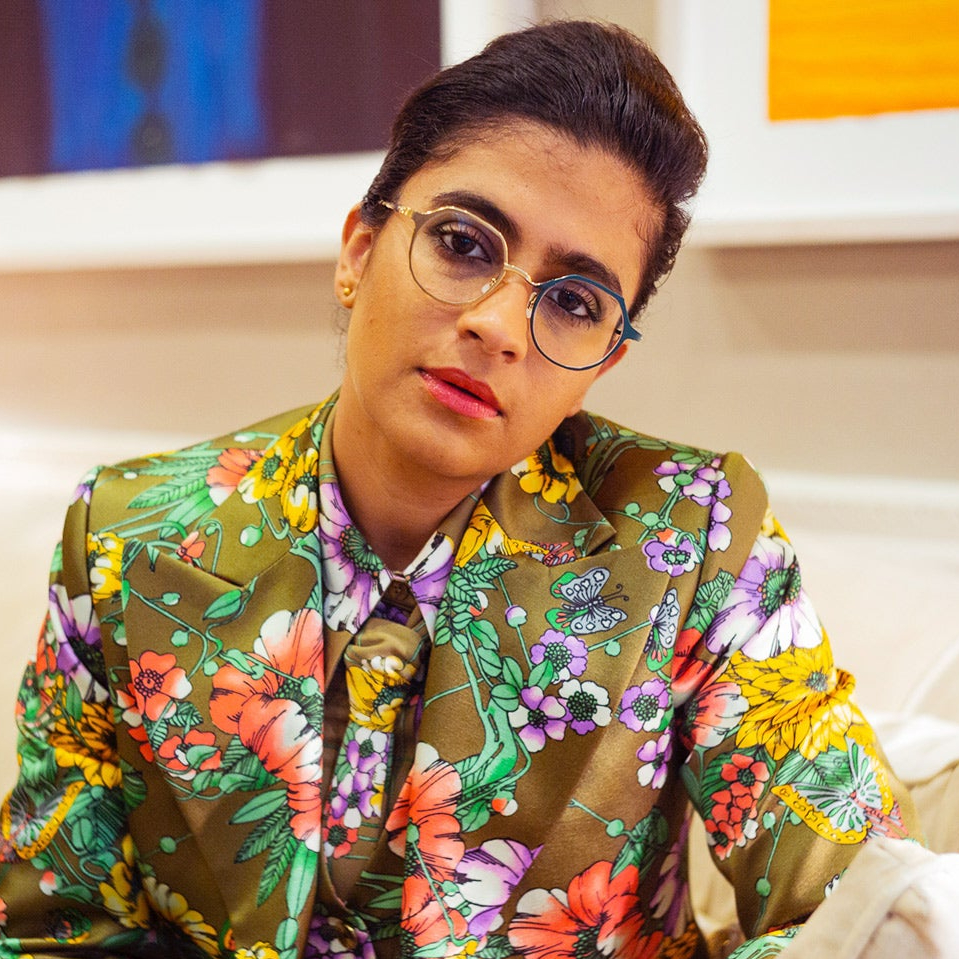 It’s not often you meet a musician who is also a graduate of Harvard Business School. But it’s also not often that you meet someone like Kiran Gandhi, who performs as Madame Gandhi, a producer, percussionist, and activist.

Madame Gandhi’s name is inspired by her desire to infuse Indian heritage into her work, instead of Americanizing herself to feel accepted. “I think this is a pressure many American-Indians feel, and I wanted to combat that mentality. I also knew I wanted to keep my artist identity close to my real name because so much of my work is so closely tied to my personal identity,” she told “Indulge Express.” “I loved the concept of ‘Madame’ because it celebrates feminine styles of leadership, and mother energy, which I find not only deeply healing, but as the antidote to the oppressive patriarchal energy we all experience globally as women, gender non-conforming, and trans people.”

After graduating from Georgetown University, Gandhi moved to California to become a data analyst at Interscope Records, and — by virtue of being at the right place at the right time — got recruited to be M.I.A.’s drummer on her 2013 tour. As she was preparing to hit the road with M.I.A., she was accepted into Harvard Business School. She spent the next few years juggling playing shows around the world with M.I.A. and taking classes. In 2015, she graduated with an MBA — a pivotal moment for her as she went on to produce her own music and manage her own career.

Since then, Gandhi has released two short-form albums, “Voices” (2016) and “Visions” (2019), accompanied by a series of music videos produced and connected by women and gender non-conforming creatives. Her song “Future is Female” reached No. 8 on the Spotify Virtual US Charts following the 2017 Women’s March. She is currently working on her third short-form album, “Vibrations.”

Gandhi is no stranger to recognition — she’s been featured on Forbes’ “30 Under 30” list and her 2020 TED Talk about gender liberation in the music industry has been viewed over 1 million times. She’s drummed for acts such as Krewella, Lizzo, and Kehlani and travels to perform her own music and speak about using passion for purpose. As an activist, she uses her voice, music and written work to empower her audiences to be their best and most authentic selves.

By Insider for Insider