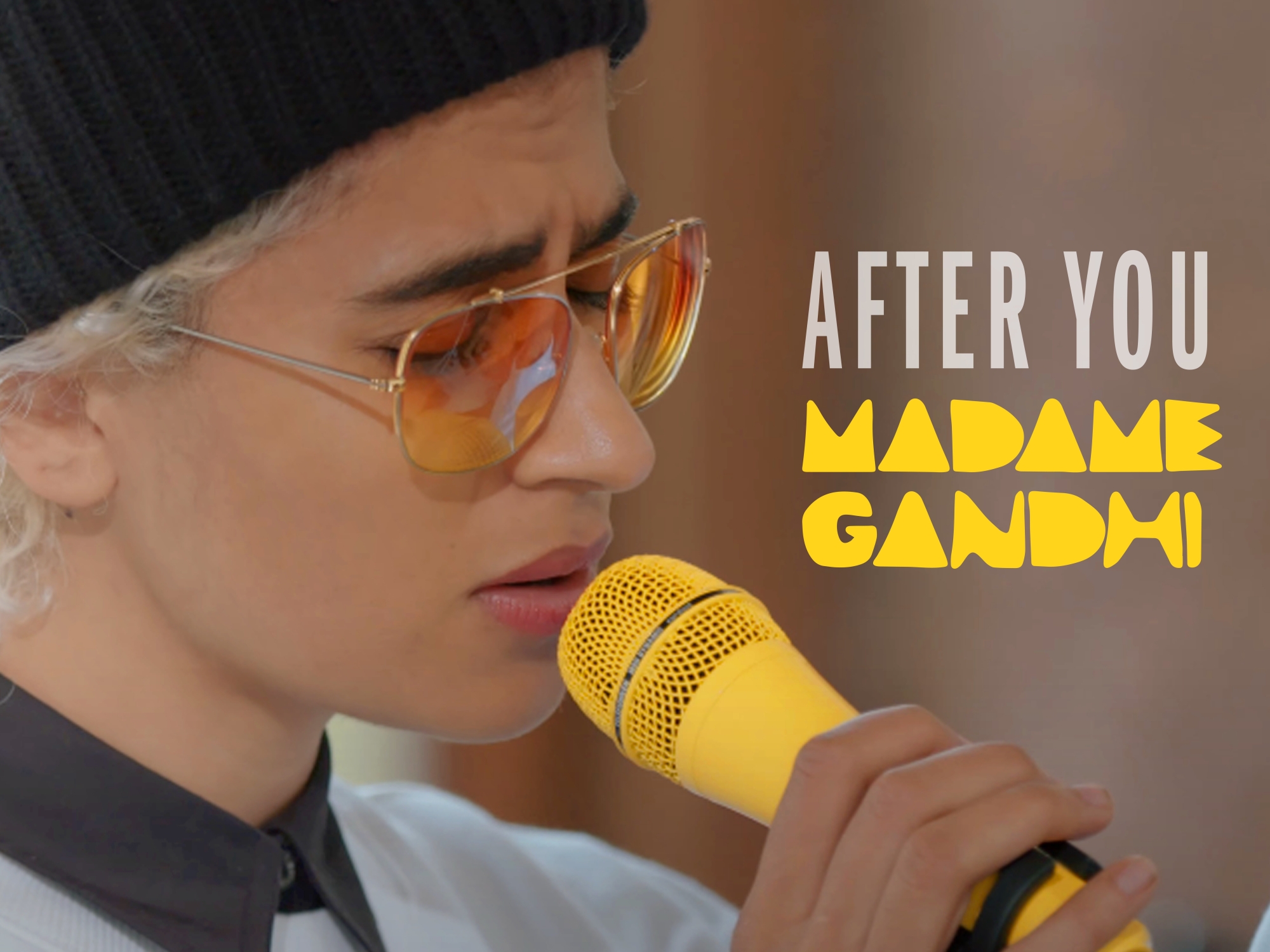 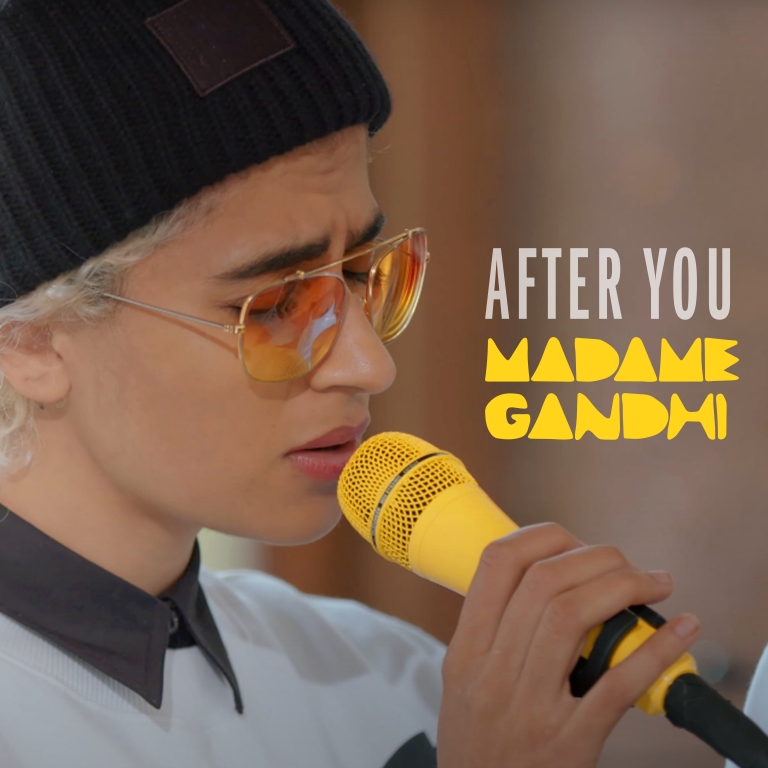 “After You” is the latest single out from Madame Gandhi. “After You” is a moody, experimental, alt-rock electronic song about moving on after the end of a relationship. It is the re-launch of a song that was originally released in February 2017 exclusively on Amazon Music, but is now available on all major streaming platforms. The song is co-produced by Madame Gandhi and Alexia Riner, a gifted sound designer who graduated from Berklee College of Music.

The two are featured performing ”After You” live in the music video for the song available here.

The song is particularly relevant during the global pandemic and Venus retrograde as emotions shift, relationships evolve and personal healing takes a front row seat for many folks. The decision to re-release the song came with the intention of offering up music that has the potential for soothing and comfort during a difficult time for many.
Visit madamegandhi.com/shop to purchase an “Own Your Voice” face covering in support of GiveABeat.org, the organization that is providing virtual music education to currently incarcerated youth.