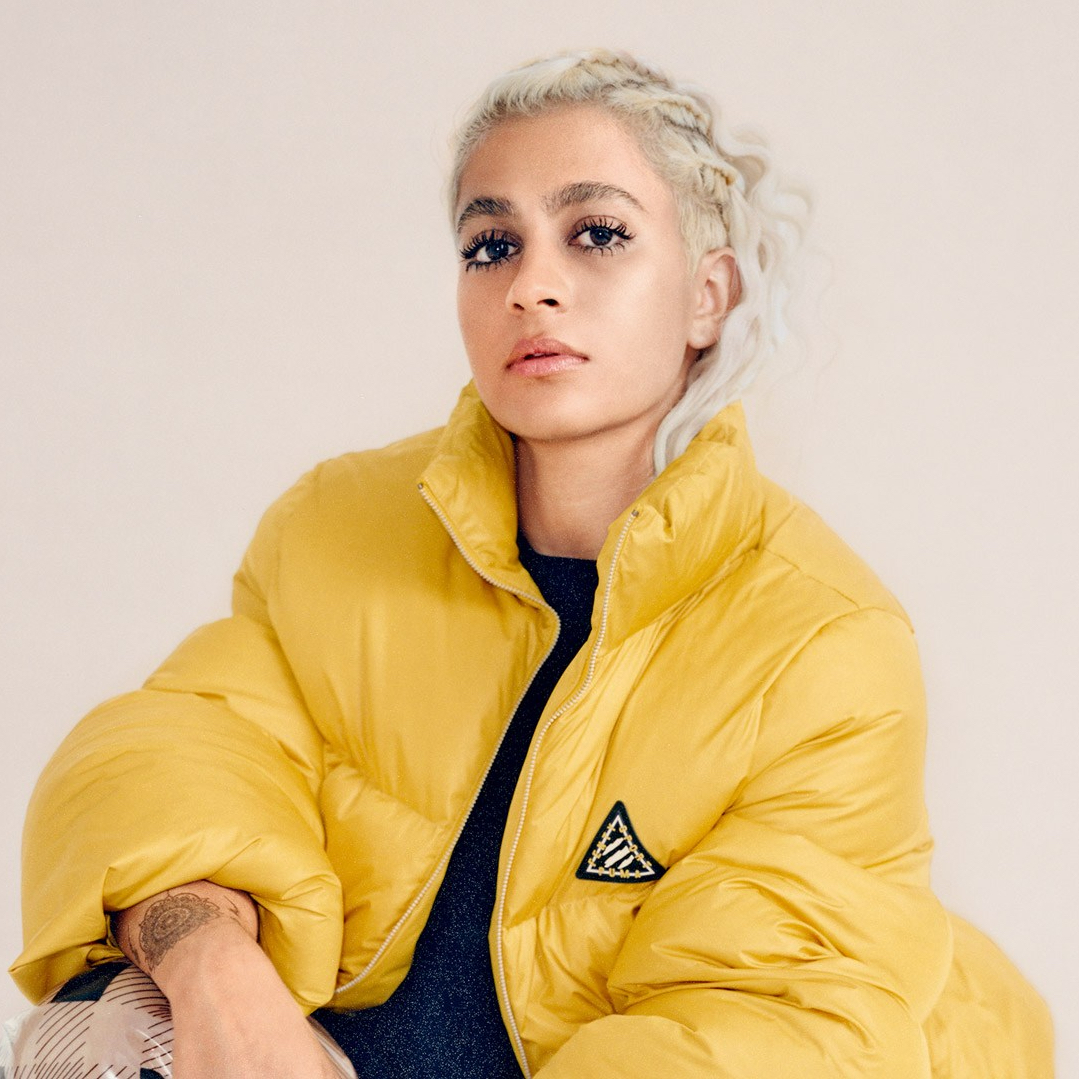 By Pahull Bains for Vogue

You might remember Indian-American musician Kiran Gandhi from when she became a social media sensation after “free-bleeding” through the 2015 London Marathon. Her list of accomplishments prior and since live up to the hype—she became Interscope Records’ first-ever digital analyst, got an MBA from Harvard, and then landed a gig as megastar MIA’s on-tour drummer. Now, the New York native has launched a career as a solo artist. Known by her stage moniker, Madame Gandhi, the bleached blonde with a grown-out side-shave also made an appearance in the Amazon series I Love Dick last year. This 28-year-old musician clearly refuses to follow any rules. But through it all, she’s remained a vocal champion of equal rights. Voguechats with the artist about feminism, style and her upcoming India debut at the Bacardi NH7 Weekender.

You make your India debut this month. How has India influenced your work?
India to me represents vibrancy, creativity, colour and a commitment to the arts. Everything in Indian art and culture takes so much precision, whether it’s the food that takes hours to cook or a tabla master taking decades to even come close to mastery. That commitment to the arts really inspires me, and I feel lucky to have that in my blood.

What was the hardest song for you to write on your debut EP, Voices?
‘The Future is Female’ was hard to write because I’ve been thinking about feminism my whole life. Of all these things that I care about and think about every day, I had to figure out which concepts and ideas were going to make it into this song. It was important to get it right.

In terms of style, yellow seems to be a colour that really resonates with you.
I’ve always loved yellow—it makes me feel happy and energised. My name, Kiran, means the first ray of light in the morning. I think the sun is feminine energy because the female is the one that gives birth, and the sun gives life to earth. There’s so much power in that.

Tell us about the female-focused playlist you create every week on Spotify.
It’s such a joy for me because it’s how I discover other women artists. There are tons of women making extraordinary, boundary-pushing music and exploring femininity, masculinity, joy, sadness and their own sexuality. For the longest time, men have been dominating the airwaves and we only hear male stories. That’s why I do the playlist, not only for me to learn but also so I can share the voices and stories of women with people all over the world.

What does feminism mean to you?
Feminism is about people feeling free and safe enough to be their most authentic self regardless of their gender identity.