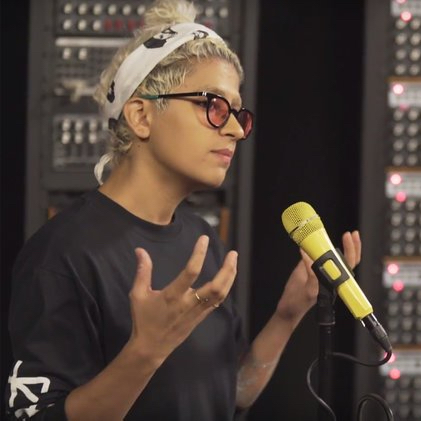 By Sydney Megan Jow for MixMag

North Carolina’s Moogfest has just announced it will be hosting a special 50-hour livestream on December 6 through 8, ahead of the 2018 festival edition.

The Always On program will feature only female, transgender and non-binary artists through the entire schedule.

In recent years, despite gender and inclusivity being a huge topic of conversation, female festival bookings in North America tally up to only about 10 per cent, with transgender and non-binary talent being almost completely absent.

Always On is Moogfest’s response to many festivals’ excuse that they’re lack of diversity on line-ups is due to a shortage of varying artists.

The live stream will be hosted by M.I.A.’s former drummer Madame Gandhi, who is now an active solo artist and activist.

The full artist programming for Always On will be released on Wednesday along with a major announcement from the festival.

See more details in the video below.