By Tamim Alnuweiri for Well and Good

Kiran Gandhi burst onto the scene in 2016 when she ran the London Marathon while free-bleeding through the race. The timing—when Thinx period underwear became famous for its frank New York City subway ads and women were talking more and more about taking away the stigma of menstruation—couldn’t have been more perfect.

Since then, the drummer (stage name: Madame Gandhi) has kept up her feminist activism through her music and on social media. She has been inspiring her followers sonically with a weekly playlist called “The Future Is Female,” which is available on Spotify. The tracks feature “women, femme, trans, and gnc [gender non-conforming] artists who inspire me,” she wrote in an Instagram.

Gandhi’s mix is a perfect soundtrack to motivate #bossbabes for a workout, during an on-the-job break, or in the middle of a commute. You can release your fierce female power wherever you are, after all. 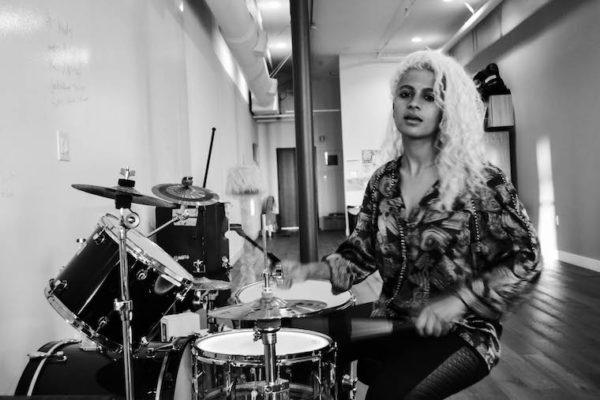 Listen to the female future below.