Kiran, known by her stage name Madame Gandhi, is an artist and activist based in Los Angeles. Having gained recognition as the former drummer for M.I.A. and as the iconic free-bleeding runner combatting menstrual stigma at the 2015 London Marathon, Madame Gandhi now writes her own electronic music that elevates and celebrates the female voice. Kiran holds an MBA from Harvard and a Bachelor’s degree in mathematics, political science and women’s studies from Georgetown University. Her recent solo EP Voices received critical acclaim when her song “The Future is Female” climbed to #8 on the Spotify Top 50 US Viral Charts in the weeks following the Women’s March on January 21st, 2017. 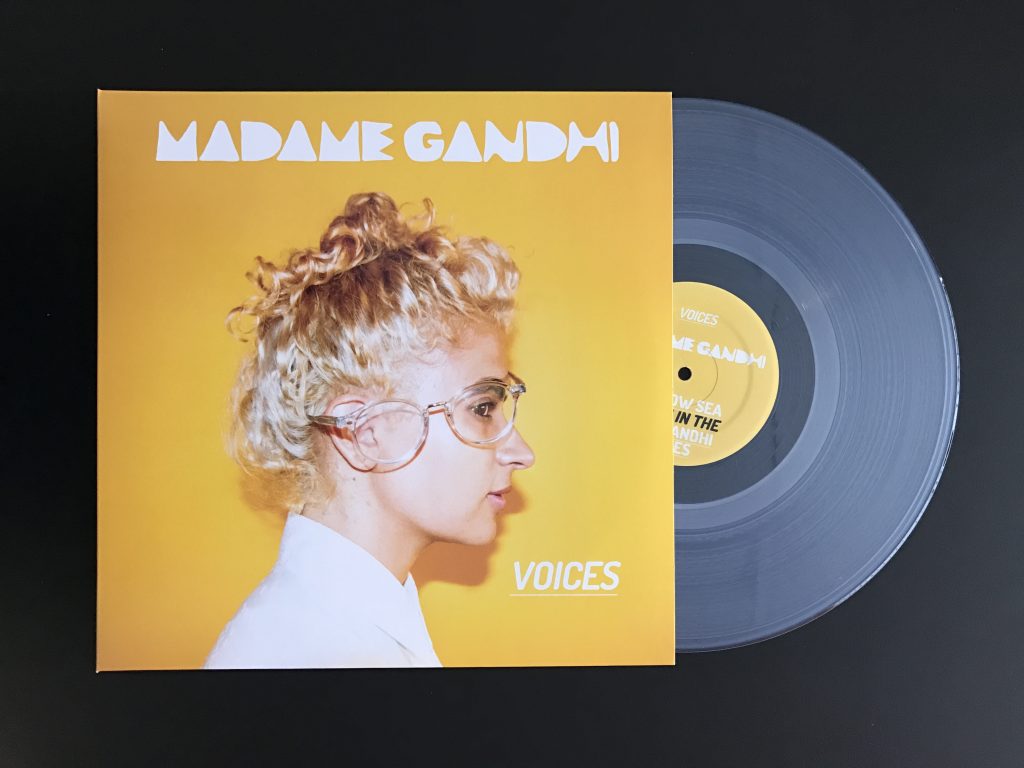 Hey Madame Gandhi, tell us about your experience working with Copycats Media.

Working with Copycats was the best choice I could have made. Justin and his team were so responsive and flexible. They took the project seriously as though it was their own music and were committed to making sure that the sound was excellent, the product was stunning and that I was happy. I will definitely be doing my next record with them.

Why is having physical product important to you?

It is important to me to have a physical product because fans love to commemorate an experience they loved with physical memorabilia. It is amazing to see fans come off the show energized and excited to take home the music and memory of the show. They also know it’s their contribution to financially support the artist. I love being able to sign the record, while still knowing the fans can access the music with the digital download card. Vinyl also has a higher audio fidelity for those who love strong good quality physical sound. Finally, it encourages listening to the album from start to finish, and often, multiple times through, which the digital listening experience does not.

Includes all five songs on the Voices EP plus one bonus track and digital download.