This year’s NAMM (National Association of Music Merchants Trade Show) was over the top. Each year we go to the Anaheim Convention Center to spend a weekend demoing the latest technology in music, learning from other top musicians and running into everyone, family-reunion style.

I was invited to attend with D’addario (maker of Evans heads and Promark sticks). They treat their artists better than any other company I know, and are especially good at finding the best female musicians and showcasing them. They have supported the Hit Like a Girl Contest annually and we are working together this year to determine ways to get even more girls to pick up the sticks and start drumming! 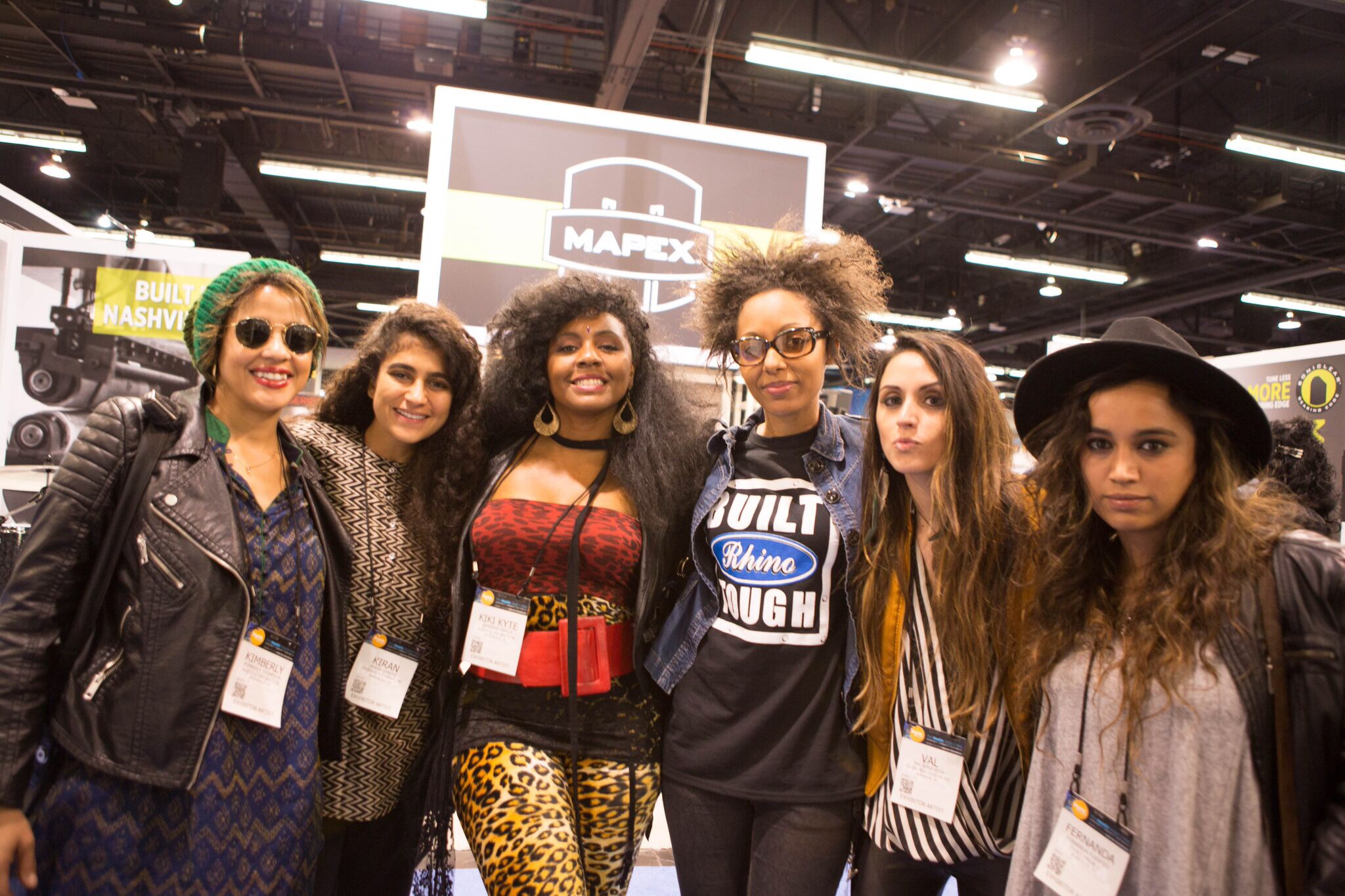 At this year’s NAMM in particular, I felt there was a lot of herstory in the making – the notion of The Future is Female came to life. My friends Mindy, creator of Tom Tom Magazine, and Mona Tavakoli, cajonista for Jason Mraz and Raining Jane, both won She Rocks Awards for their work advancing women in music. The annual Hit Like a Girl contest was also launched that weekend, led by top drummers Val Sepulveda and Alicia Warrington as well as Dave Levine. The highlight though was being able to tag team the entire weekend with Kimberly Thompson, a legendary jazz musician who I have admired since I first opened for her in NYC six years ago. Playing music with one of the greats made me want to be better – to get my chops in order, improve my dynamics, ensure that I listened and vibed and gave my best work. We had a very inspiring time traveling through the very male-dominated booths of NAMM and making sure that women were represented and celebrated. Specifically we played live together at the Audix, Sunhouse and SJC Drumming booths.

As she wrote most fittingly, “@sjcdrums, thanks for allowing our #drumtrio all #femalecrew to play your #drums making #herstory – never happened before in all the many years of #namm – we’re proud to be first @kikikyte @kimberlythompsondrum @madamegandhi #wayawesome!” Thomas Pridgen echoed this sentiment when he wrote, “best photo of this year’s #NAMM2016 @kimberlythompsondrum @kikikyte @madamegandhi #empoweringwomen #badassdrummers.” We had a girl crew throughout – including Kiki Kyte, Nikolitsa Boutieros, Fabi Reyna of SheShreds!

Photo journal below of the best booths and technology we found this year: