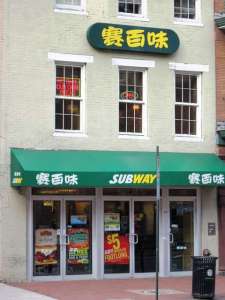 I was at an audition all of Saturday morning and ran out for a minute to grab a sandwich at Subway. I hadn’t had Subway since I had been back from Hong Kong and I was very excited about this upcoming purchase. As I waited while my 6-inch turkey/Italian herb & cheese situation was being heated in the oven, I noticed that the guy behind me was this attractive, skinny man. He had messy blonde hair, tired blue eyes, skinny jeans and vintage office shoes on. He looked good.

I turned to him and asked if he was a musician. He laughed a little bit and said Yea. I told him I was in the middle of an audition, grabbing lunch, that I played drums etc. He said he was  guitarist, lead vocalist and songwriter. Cool, I said.

When I was paying I asked if he wanted to sit upstairs with me for a minute. Yea, why not, he said. 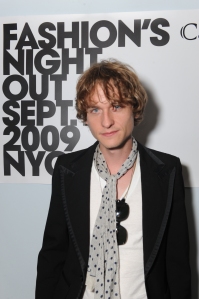 As we chatted, I asked about his experience about the music community in DC, where he and his group practiced, where they had played, who some of the big rock bands in DC were etc. He could tell I was out of touch with the rock scene since I didn’t know many of the names of the local bands he was telling me about…it’s true that my focus has always been on the latin/afrobeat/ESL/Thievery community of musicians and I had neglected to explore the rock scene in my past few years here.

He told me he was in a band called Army Of Me.

Unfortunately, I had to be honest and say that I hadn’t heard of them. I was the one out of the loop. These guys have toured all over North America with The Used, The Almost, Emery, Envy On The Coast, OAR, Dave Matthews, Switchfoot, Blue October, The Damnwells, Mae, The Bled and Fiction Family. Amazing stuff.

It was good to hear stories from one of the leaders of the DC rock scene. He had been here working with his band for 10 years. They practiced at his place, they had met the manager of DMB who took them on, and they just worked really hard in their first 5-6 years to write music and promote the band before they blew up.

He was chilled out and so willing to give me advice and answer questions that I had about being a musician in DC and reaching out to managers and labels in major music cities like LA or NYC. He talked about the work involved for a band: fundraising, networking, rehearsing, getting a manager, touring, avoiding problems and politics. It was such an awesome conversation as we sat there on the second floor of the Chinatown Subway, exchanging experiences, ideas, hopes and dreams.

Army of Me now consists of Vince Scheuerman and drummer Dennis Manuel with rotating contributors. Vince is headed to NYC this weekend and onward to LA to play some solo acoustic sets and meet up with friends. 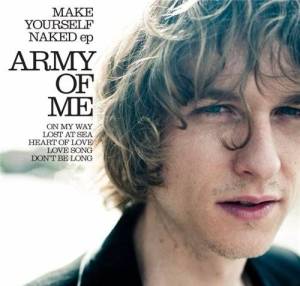 It’s good to meet people who are living the dream. DC is full of people living two lives and who are humble enough to kick back, keep it real, and tell you all about it.