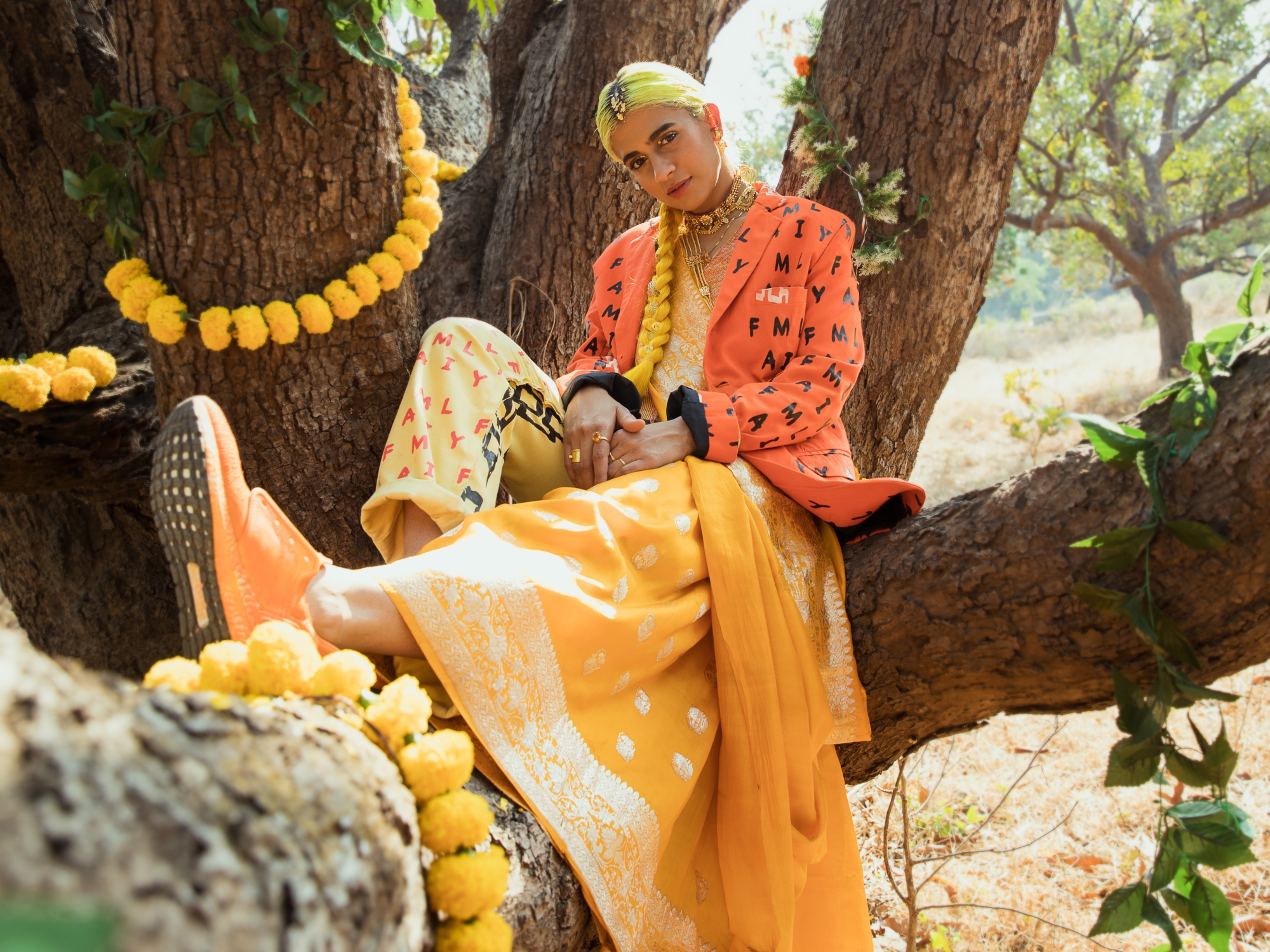 The Indo-American artist talks about the making of her new music video ‘Waiting For Me’ and her recent Tiny Desk (Home) Concert performance.

One of the few Indian-origin artists to make it on to the highly watched National Public Radio Tiny Desk Concerts – now adapted to a from-home performance format – Kiran Gandhi aka Madame Gandhi made sure her 15-minute set was “healing, intimate and welcoming during a time when each of us are missing each other so much.”

Surrounded by a host of percussive instruments in her moodily lit bedroom, Madame Gandhi’s set drew the eye in immediately – there was a neon sign, plush toys and a lot of plants. After lighting an incense stick, Gandhi launched into “Waiting For Me,” off her 2019 record Visions. Also performing “Moon In The Sky” and “Bad Habits,” she explains her song choices, “[It] scored the emotions of what I personally have been going through during lockdown.”

Now, there’s a music video for “Waiting For Me,” which was shot by filmmaker Misha Ghose (who’s worked with everyone from dream-pop duo Parekh & Singh to electronic pop artist Your Chin) while Gandhi was in India earlier this year. Featuring metaphorical and more straightforward narratives of growth, nurturing and celebration, Gandhi says she wanted Ghose because the video director “celebrated Indian stories but through a global and artful lens.” She adds, “It is deeply important to me to make my experiences as a South Asian American accessible and relevant to a wide audience.”

Through the experience, Gandhi says she forged new friendships as well. She mentions makeup artist Devika Jodhani, who worked on set, “We continue to be FaceTime friends throughout the lockdown and she has become an important member of my tribe.” Gandhi also celebrated her birthday while in India in February. “[We] just had a really good time with everyone who had worked on the video. It was these moments of true friendship that I actually valued the most.”

While Visions was released on Sony Music, her upcoming album Vibrations comes after signing to Sony Music Masterworks. Always deeply involved in the business side of things – not just on account of her M.B.A from Harvard – Gandhi simply says the deal will “amplify the way we currently do business.” She explains, “This is a vital nuance because many artists believe that they can sit back once they sign. This is a misconception. We as artists have to work even harder the more people you bring onto your team because steering a larger ship to make sure that everyone is in alignment on the vision is a difficult responsibility.”

Gandhi clearly speaks as an artist first when she says she’d rather have a major label handle music marketing on her behalf. She says, “I have some experience with marketing, but I am not interested in marketing my own music! I would rather have someone whom I trust and who is deeply skilled in that world to offer me their support and guidance as we are in partnership in business.”

With a Visions remix album featuring women DJ-producers coming up soon, Gandhi says she’s been spending lockdown trying to “connect directly with my audience” by picking out “culturally relevant” topics to talk about, including the main goal of celebrating gender liberation. “It is about infusing love energy and tenderness into traditional styles of leadership, and it is about encouraging people to be the best versions of themselves and pursue their passions. Between these conversations, Zoom calls, virtual DJ sets, and interactive performances, I feel I have been able to connect more,” she says.

Watch the video for “Waiting For Me” below.