By Emily Fox for KEXP: Sound and Vision 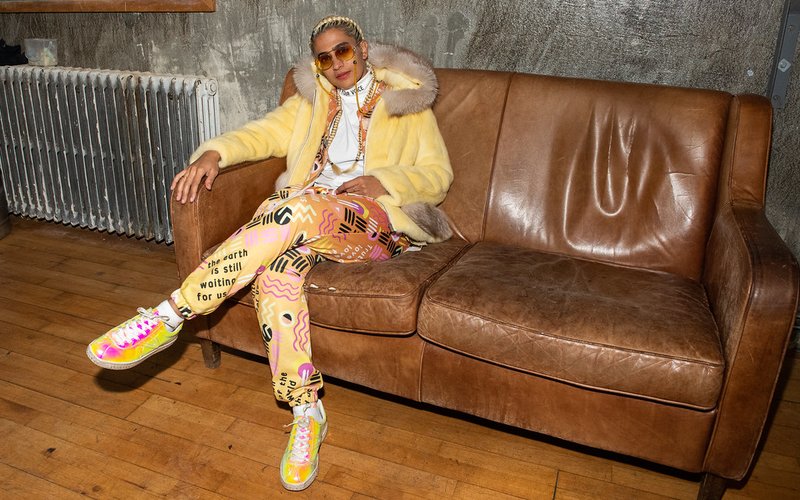 KEXP’s Sound & Vision airs every Saturday morning from 7-9 AM PT, featuring interviews, artistry, commentary, insight, and conversation to that tell broader stories through music, and illustrate why music and art matter. You can also hear more stories in the new Sound & Vision Podcast. New episodes are out every Tuesday. Subscribe now.

Listen to the podcast version of this story at the 22:40 mark on the player below.

Women swept the top five categories of Grammys on Sunday, with Billie Eilish taking home awards for Album of the Year, Record of The Year, Song of the Year and Best New Artist. Lizzo won Best Pop Solo Performance, but the recognition of these two female performers didn’t mask the controversy hanging over “music’s biggest night.”

Scandal had embroiled the Recording Academy just over a week before the Grammy Awards, their most public event. The heart of the controversy is the question of how women are treated by the Academy, which is typified in the saga of now former Academy CEO Deborah Dugan.

Dugan became the head of the Academy in August, replacing former CEO Neil Portnow, who famously made the controversial comment that female artists should “step up” if they want equal representation in the industry.

Then, 10 days before the ceremony, the Academy placed Dugan on administrative leave. She was accused of having a bullying management style. Dugan, however, filed a complaint alleging sexual harassment and voting irregularities regarding the Grammy Awards – enabled by the “boys’ club’ mentality and approach to governance at the Academy.”

“My personal take is that she was going to reveal something that would have threatened the privilege of those already in place and also threatened the sort of the permissible behavior of a boys will be boys culture,” says Madame Gandhi, a musician, activist and voting member of the Recording Academy.

Gandhi has been receiving regular updates on the CEO of the Recording Academy. “It really does feel like this tone of older men kicking and screaming that someone is challenging their privilege,” she says.

On changes Gandhi would like to see at the Recording Academy:

I think in terms of gender parity, the kinds of things that I would love to see is more diverse leadership at the top. This year alone, I felt really encouraged by the few women members who I’m friends with at the Grammys, just by them teaching me about how to be the best voting member I can be or introducing me to other folks in the industry and mentoring me a bit. I find that more challenging with men just from a connection standpoint and maybe also sometimes feeling concerned about their motivation. And then I think finally, I would love to see the Grammys continue to fund initiatives that gets more women in the studios and increasing their technical skill set.

On ways to get more women in the music industry:

I think the first thing is recognizing that our entire culture still markets to young women and girls, that our value comes from our looks instead of our skill set. There is a cultural shift that has to happen, where we allow women to step into the fullest of their skill sets. I think the second thing is visibility, I try my best even if I don’t love the beat that I just made, of posting it on my Instagram so that people really see what it looks like. This is me opening my laptop and making the beat on a plane or on my desk and that shows people that that you can do it, too.

I would have pulled him aside and I said, thank you so much for wanting to encourage more women to play, but let me explain to you why that comment is so problematic and so disconnected from the reality of women and femme’s day to day experiences. What tends to happen with a lot of women is there is an already inherent bias that perceives us to be not as good at our instruments. Secondly, when we do fall behind, it’s because of the issue that I already describe from childhood, we’re told that we’re valued to be sexy and to be hot on the stage and wear heels instead of to just play our guitar. The third aspect is the fact that many women experience a lot of sexual harassment when it comes to wanting to partner with other men and other creatives. Many times, women feel unsafe. So, when you understand the bigger picture saying something like, ‘hey, step up’ and placing the onus on women without understanding the larger infrastructure is an ignorant comment to make.