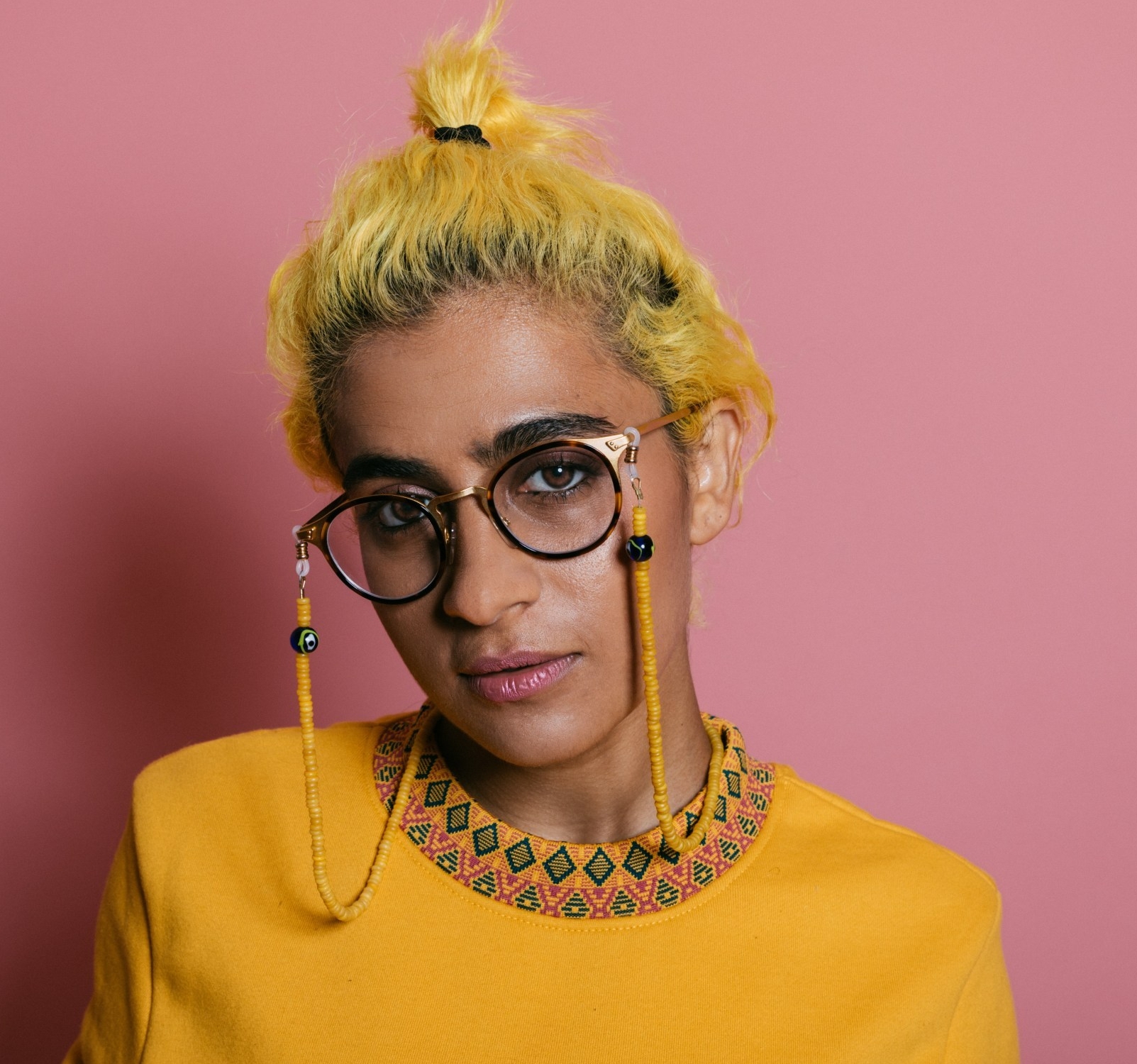 Kiran Gandhi, who performs as her stage name Madame Gandhi, is a Los Angeles-based musician, activist and music industry thinker who was recently listed on Forbes 30 Under 30 Class of 2019. She has drummed for M.I.A, Thievery Corporation, TV on the Radio, Kehlani and Lizzo… The post Kiran Gandhi – Musician, Activist, and Music Industry Thinker and her Mission to Elevate and Celebrate the Female Voice as Madame Gandhi appeared first on South Asian Stories.

Madame Gandhi holds a Bachelor’s Degree in Mathematics and Women’s Studies from Georgetown and an MBA from Harvard.

In 2015, she ran the London Marathon free-bleeding to combat period stigma around the world, sparking a global viral conversation about how we treat menstruation in various cultures.

Her 2018 TED Talk “Own Your Voice” about making music that is purposeful and accessible to all people, has been viewed over 200,000 times. She now travels often to perform and speak about modern gender equality, and will release her EP Visions in Fall 2019.

Madame Gandhi’s mission is to elevate and celebrate the female voice.

In this conversation, we discuss:

This was one of the most interesting interviews I’ve ever done – you will love this episode!

Listen here and every where you listen to podcasts!