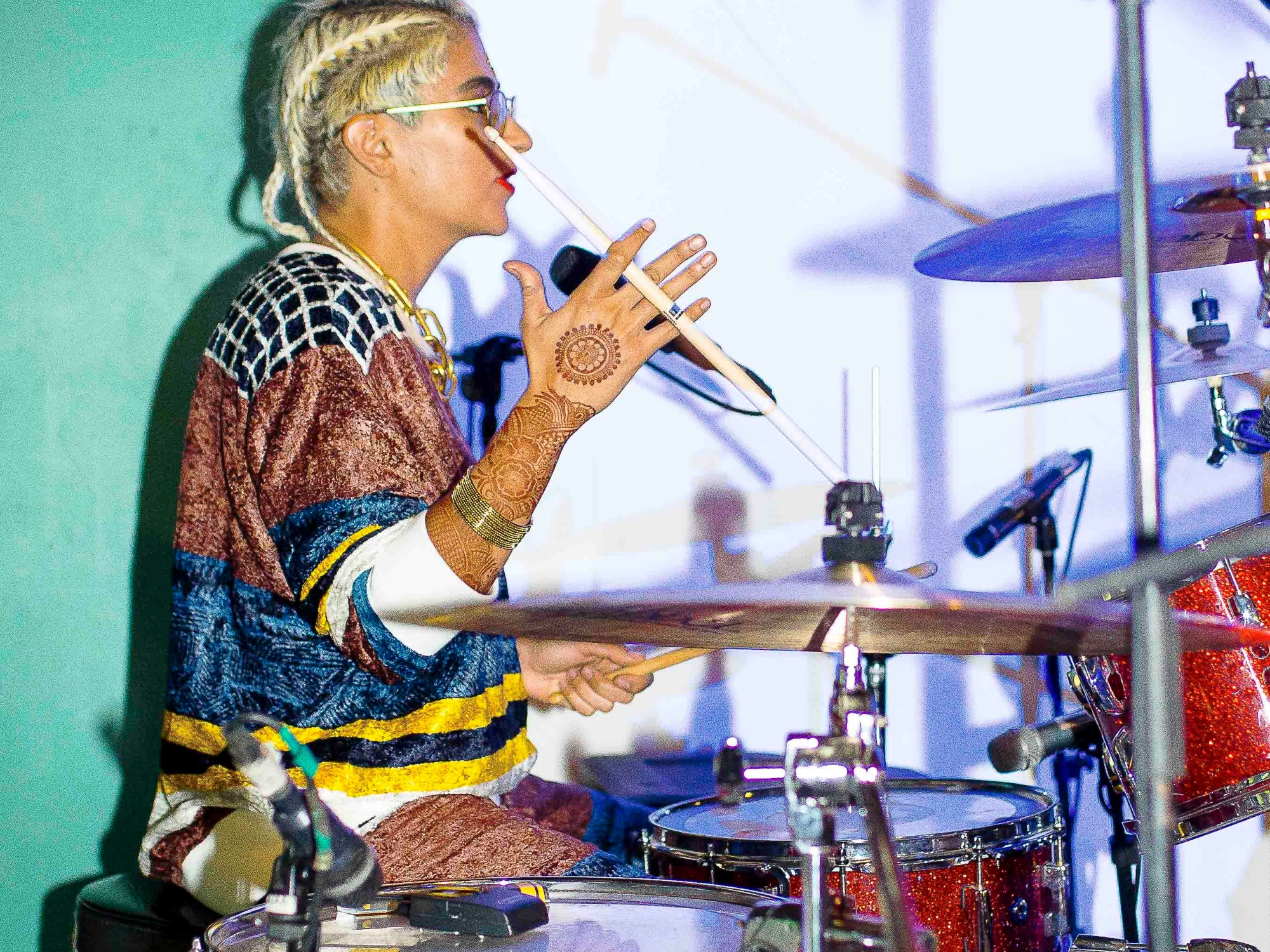 Two years ago when I was visiting my family in India, I had set the intention that one I would come back and tour with my music project. I could have never thought it would have happened as soon as it did. I spent the final month of 2017 touring all across the country, where my family comes from and where I lived for several years when I was young, spreading my message of music, feminism and liberation. My seven-city tour started in Delhi at a club called Auro, and continued through NH7 Festival in Pune, Savoire Faire Makers’ Circle in Calcutta, The Hummingtree and Church Street Social in Bangalore, Magnetic Fields Festival north of Jaipur, So Far Sounds and REProduce in Goa and ended at Bonobo in Bandra, Mumbai. It was absolutely epic.

There were full-time goddesses with me on the road at all times. I spent a lot of time preparing for the trip, but on a more spiritual level, I meditated a lot in Los Angeles during the weeks before the trip, bringing only positivity, humility, enthusiasm, gratitude, joyfulness and love energy to the tour before I even got on the plane. This power of manifestation was hugely effective – while I toured on my own entirely, I did not get sick, did not lose a single thing, stayed safe, was met with extraordinary local musicians who joined me on stage to bring my show to life in every city. I stayed with friends and family the whole time despite having hotels booked, I was dressed in every city by local female designers, I ate epically, found time to run, found time to meet with local womxn’s rights activist combating menstrual taboo, street harassment and LGBTQ discrimination, and sold out merch in every city. I was late to almost every flight but all of the local flights were also late too so I ended up not missing anything and felt right at home. My Hindi improved. I learned how to let go and be peaceful by observing the cows on the road in Delhi, Bangalore and Goa. I ate guava and pomegranate and custard apple. I ate dosa with the coconut chutney. And bhindi. And drank chai.

I dove deeper into learning more about my family’s history – my roots in Chandigarh and Pakistan and Ireland and Goa and Calcutta and Mumbai and Delhi – about pain and suffering but also joy and togetherness. I was reaffirmed in my belief that feminism is simply the belief that each of us should feel free to be and express our most authentic self regardless of our gender identity. That we must strive toward re-imagining a world that is linked and not ranked. That no matter where we are in the world, sexual harassment, menstrual stigma and homophobia still exists and it’s why we are doing the work we do. I thought a lot about how when I am in the US I modify my message for certain audiences – for example when I performed in Oakland this year and sung “The Future is Female” – the response was a push back saying instead “the future is genderless beings…” – my message very much believes that we have to love feminine as much as we love masculine as a primary stepping stone before abolishing gender hierarchy altogether – on the way to being able to be genderless and fluid – to fuck freely – but I am aware that combating misogyny is the first step towards eliminating trans-misogyny, trans-phobia, homophobia, sexism – and that’s why I say “TFIF”…but I also know that when I perform in Delhi for example and say “The Future is Female” – that audience isn’t yet thinking of queerness or genderlessness or fluidity, it’s still very much thinking simply about womxn’s liberation, about re-imagining a world similar to the passage I read aloud in “The Feminist Utopia Project” on my stage – the ability to go out into the world free from harassment, free from objectification, manipulation, underestimation, prejudice, fear, and a pre-determined path under someone else’s control.

I found that in India, even in the most wealthy families families, womxn still are very much controlled. Self-worth still does very much revolve around marriage. And I empathize. Your society and community has a huge impact on how you think and perceive yourself. When I was younger I moved from NYC to Bombay and lived there between 1997-2000. When I came back to Chapin in NYC as a 6th grader I felt I belonged nowhere. I felt without community. I felt like a dork in both cities. Decades later, I learned that this sense of not belonging to any one community and its values ended up being a deep source of my own personal liberation. It allows me to be a better artist and thinker. It allows me to feel free to not participate in oppressive social norms that I know I would have felt pressure to participate in otherwise, and also gave me the freedom, safety and distance to analyze and critique as needed. I was able to criticize the problems of NYC and the Upper East Side culture I had grown up in just as much as I felt safe to criticize aspects of Indian society that I didn’t agree with. When we are deeply integrated into a community or into a culture, we tend to conform. I feel that when I spend too much time in one place or with one community. I find myself adopting the social norms, practices, beliefs, looks, goals. And that scares me because it is limiting and somewhat brainwashing.

When you travel, you gain perspective, you can mix and match the values that work for you and feel authentic to your personality, instead of acting out of fear or pressure. You don’t need the privilege of traveling to achieve this, I believe it is a state of mind – A desire to look to others who are different from you to seek alternative truths, values, ideas that might heal or help you. I do this all the time, be it through music, books, social media etc. It nourishes me and helps me hone in and continuously update my belief system. But when I spend too much time on Instagram or in my community online, I immediately find myself feeling pressure to conform, or behave a certain way, or feel inadequate because I haven’t done something that someone else might have. And I noticed these kinds of pressures rife when it comes to what is expected of womxn, regardless of where I go.

Our weight, partners, life goals, looks, thoughts, speech are constantly prescribed for us, others think they have access to give us their opinion about things that I truly believe should come from within rather than without, and it is a type of oppression that is difficult to combat or criticize a) because it is so subliminal and b) because it has become so normalized, I think most of us don’t even think of it as oppression. And so, when I get on stage, every night, in every city, I try my best to be my most honest, authentic, confident and brightest self. I sing songs that express my deep vulnerability when it comes to love and relationships, followed by punk rock feminist anthems that criticize aspects of the world we live in today. I do this in hopes that in being my most confident self on the stage, members of my audience feel inspired to be their most confident and authentic self in their lives, whatever that might mean for them. I always say, don’t mistake my confidence for arrogance. It takes so much for anyone who has experienced any kind of oppression to reject it and find validation from within rather than from externally, to feel joyful and powerful, to offer that joy and power to others. And I shared the stage with full-time goddesses in every city in India too, not only because I genuinely prefer playing with womxn and femmes, but also because if we don’t show real-life examples of female solidarity and leadership, we all start to lose faith that it’s not possible. But if there is one thing Pisceans are good at, it is having a vision and manifesting it, and that is what I feel I have been doing all year, what I did for this tour, and what I will continue to do with my art and my message until we arrive at a future that is female. Below are highlights from each city on my India Tour 2017. The future is female.

Also one random musing about the population – press seems to be really prevalent, community oriented, and covers soooo much. Also I think a lot about how having such a huge population promotes conformity to de-risk your life. And finally I want to dive more into the goddesses and understanding the significance of Saraswati and other goddesses.

Check out my recap interview with The Hindu. 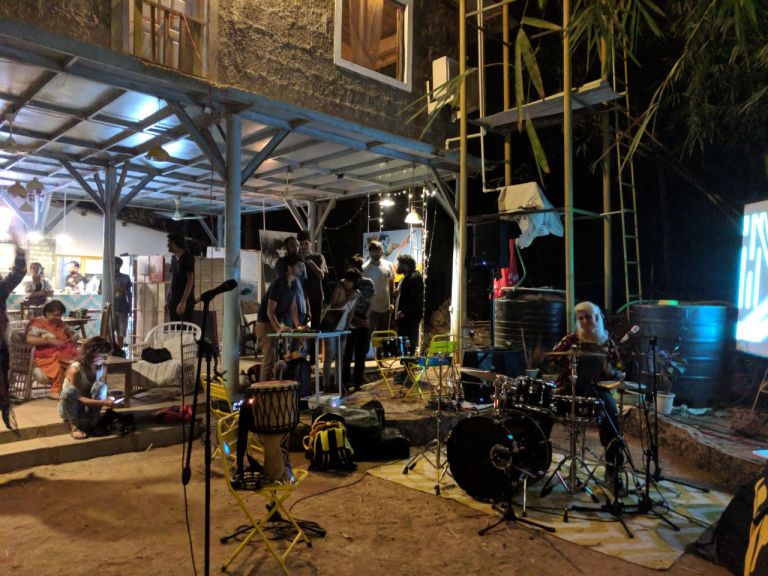 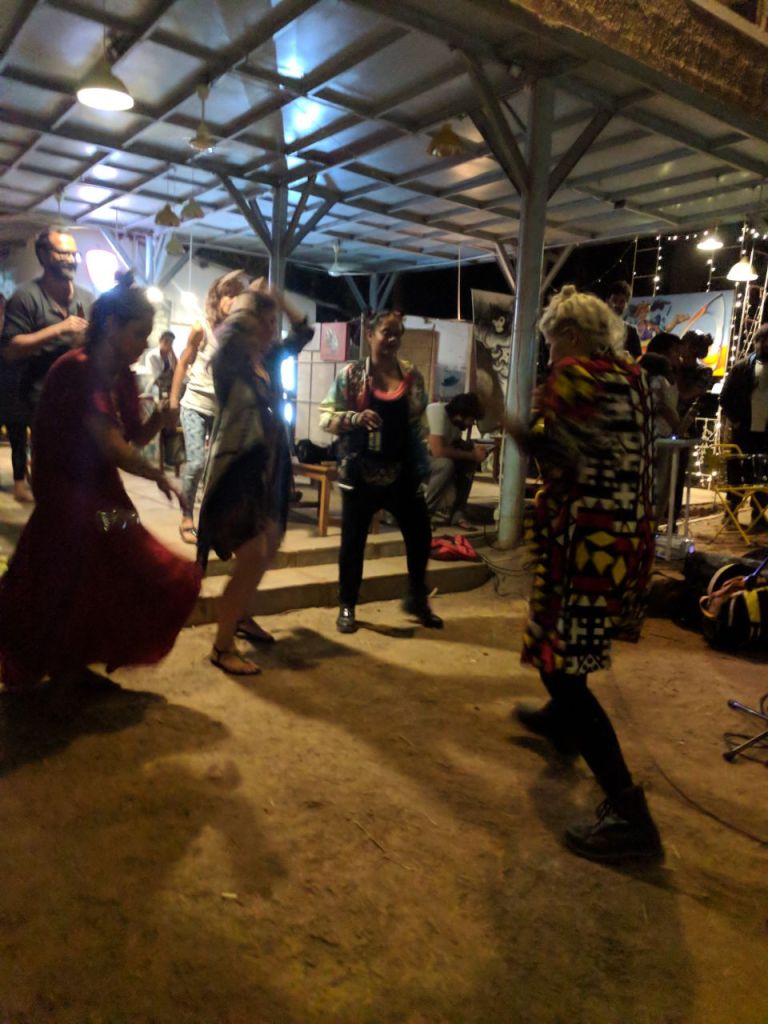