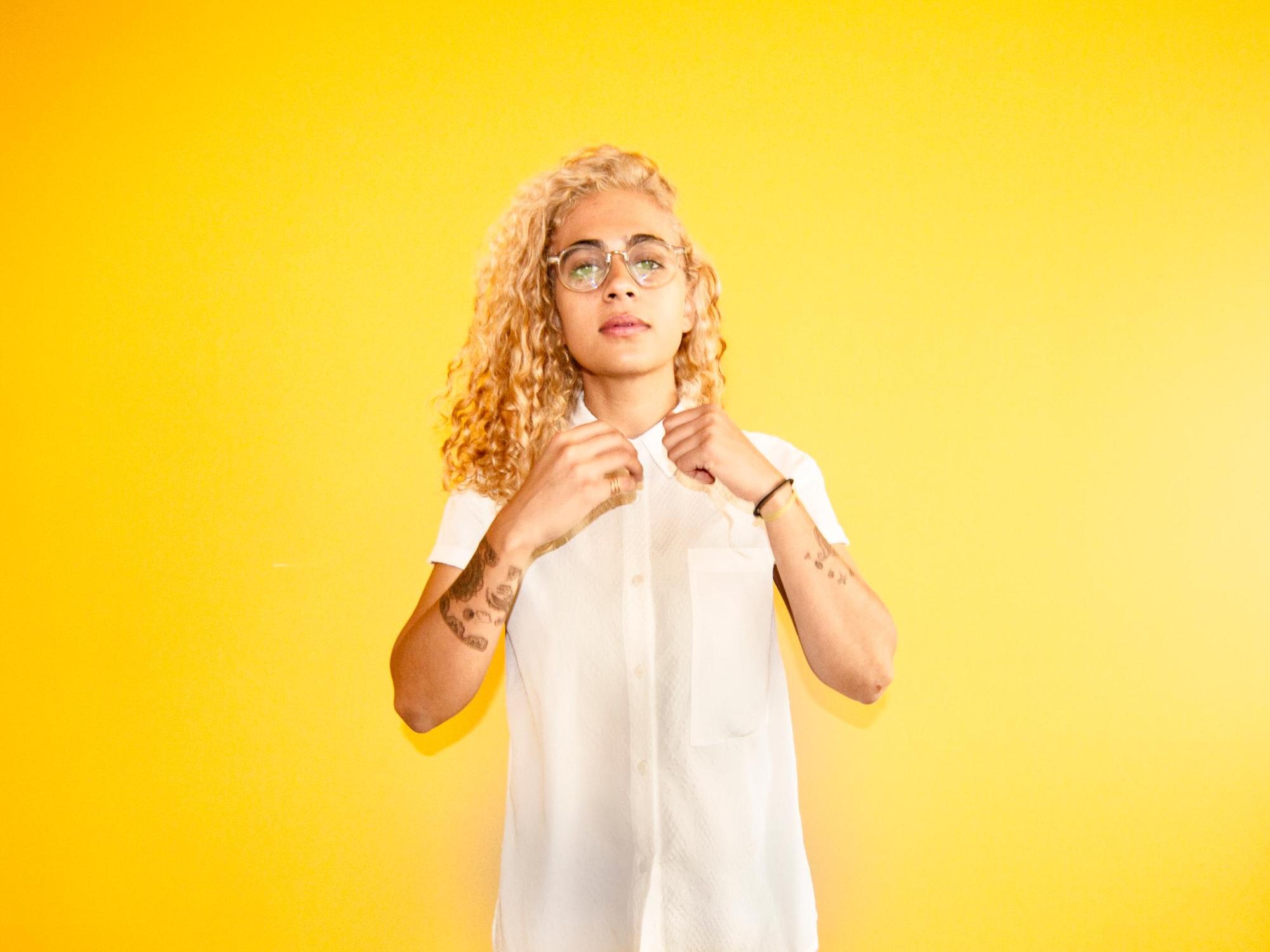 Check out the interview here

Few find their purpose in life so young, and few have the bravery to commit fully to this purpose. For Madame Gandhi the stage has become a platform for women’s rights; and a message of empowerment not objectivity. We reached out to Kiran because of the impact she’s making on a daily basis giving young women a voice for their futures.

Who is Madame Gandhi?

In 2015 I ran the London Marathon and I did it on the first day of my menstrual cycle. I ran it to combat the shame that women face around the world when it comes to their periods; and by bleeding freely I basically used the visual of blood, of menstrual blood as a symbol for the fact that no longer should we be silenced. I have always been passionate about women’s equality and I think it’s really unfair that around the world young girls and women don’t have access to the products they need to take care of themselves each month. The fact that menstrual health and hygiene and, (women’s rights in general) women’s reproductive rights are so taboo that most girls suffer in silence without being able to access the products they need. So I wrote a story about the symbolism in it. My blog post went viral towards the end of the year in 2015 and I was giving interviews and talks all over the world about my viewpoint and the reason why I ran in this way. 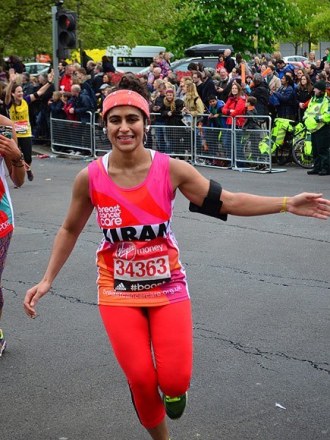 After a while I said, you know while I love speaking, it’s not my main passion. My main passion is playing music; and so how do I take what I do which is create music and comment on all the gender equality stuff that I really care about. So to that end I moved from the drums to start having my own voice and my own projects and doing all of the music myself so that I could use music as a medium.

After a while I said, you know while I love speaking but it’s not my main passion. My main passion is playing music; and so how do I take what I do which is create music and comment on all the gender equality stuff that I really care about.

You live by the phrase the: The Future is Female. You wrote a song about it. So what do those words personally mean in your life?

It means that we’ll live in a world where we deeply value what the female energy brings to the table. It certainly does not mean female over male. Or living in a world that doesn’t involve any males; that couldn’t be any further from the case. To me the future is female means that we live in a world that is collaborative. A world that is emotionally intelligent. A world that is linked and not ranked as Gloria Steinem so elegantly puts it. It means that we recognize the value that each person brings to the table. We don’t underestimate them and we actually celebrate them for their uniqueness. I think the male energy is sometimes very hierarchical driven, it’s very quid pro quo, zero-sum game. For one person to win somebody else has to lose. 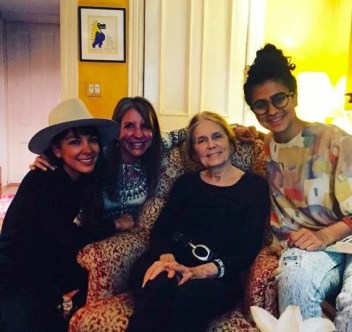 To me the future is female means that we live in a world that is collaborative. A world that is emotionally intelligent. A world that is linked and not ranked as Gloria Steinem so elegantly puts it.
We see that in a lot of manifestations of capitalism. You know at its core exchanging value is a good thing. You know if I know how to play the drums and you know how to sing then we can make extraordinary band that wouldn’t be possible without the sum of our parts, but sometimes I feel in the male energy and the way capitalism has come to be, it’s ended up being very exploitative instead of it being 1 plus 1 equals 11, you know exponential growth it ends up being how can I get the most from you by giving the least. You know, how can I exploit the situation to my benefit and that’s when things go awry. And I do believe right now we’re living in this hyper-machismo-hybrid-brute-force-not-listening you know Donald Trump force it through type era. And it’s not working, and it’s pillaging the planet.

Global warming is real because of the fact we haven’t been responsible with our production and our standards. We’re seeing tension between the organic movement which I feel is very female lead versus being able to produce something really cheaply with GMO’s and toxic chemicals. I just believe there’s so much that we can learn from the female leadership style and from the female archetype that could really benefit and balance out the way we live our lives here on earth.

Some of the women who I believe lead with these characteristics include: Michelle Obama, Oprah, and Beyoncé. Women who bring to the table an energy that is distinctly female that doesn’t try to be male or emulate the masculine that so many times women were taught to do as a way to succeed (and I understand it). But, in a future that is female, we learn from the female archetype for our survival.

The song Gandhi Blues stands out on your Voices album. What’s the story behind this song?

Gandhi blues is about the difficulty balancing activism and your personal life. You’ll be out working really hard for a group people who you adore and maybe your family or your immediate love or circle of friends feel neglected. And so then you feel bad because like dang I’m trying to represent all these amazing things out to the world; but am I not embodying those qualities in my own backyard. Mahatma Gandhi was very criticized for that. You know he was so extraordinary for his country but he was not a very good father, because he wasn’t able to be there and be present in his children’s lives. I’ve definitely been through times in my life where I feel I’m not taking care of my immediate people. My immediate tribe; because I’m so focused on giving to a larger audience and community of people who I believe need my work. And it’s a struggle you know you want to be good for everybody.

Where do you see women’s rights going in the next 4-8 years?

Unfortunately we’ve gone back by this Supreme Court Justice appointment of course, he’s certainly no friend to women’s rights.

I want to live in a future that is female.
We need to re-create the bylines and the way we understand health such that women’s bodies are a body unto themselves and therefore have their own set of needs; and then male bodies have their own set of needs. I don’t think it’d be fair if we defined everything according to women and then went to men when they have prostate cancer and told them ‘oh you have prostate so we’re not going to be able to help you’, or we’re going to have to charge you more because we’re only used to dealing with ovaries in this office. You know that wouldn’t be fair. That would upset a lot of people. That’s exactly what happens to women every single day.

It was only until Obamacare things started to change, when before, women had to pay extra for things that were related to female specific issues. Which not only is that unfair; but given the fact that women make $.77 to the dollar that men make, its double oppression if you asked me. So I like to focus on women’s health and to shatter the taboo that each of us are able to talk freely about the things that happen to us daily; instead of living in silence.

I want to live in a future that is female.