This November, I got pulled into running the Morro Bay Triathalon with a crew of fabulous HBS grads in Ana’s year. She thought it would be crazy but beautiful and unique and fun so we trained for it a bit and went for a sprint triathalon: swim .5 miles, bike 13 miles, run 3 miles.

We started training for the swim part about a month before together…the routine I ended up doing was 5:30am Weds swim followed by 6:30am November Project stairs at the Harvard Stadium. During the week before the final day, I’d swim every day to make sure I could do the 30 laps.

Triathalons are very involved but Ana hooked us up with bikes, wetsuits and a rental car to get down to Morro Bay. The actual race was so fun and well-organized. We wore pink hats to know which heat we were in. The swim was the hardest part because swimming back against the current was so difficult. During the swim back to shore from the buoy I felt so discouraged – I felt like I wasn’t going anywhere and that the shore wasn’t getting any closer. Eventually I had to just return to my roots, channel the swim techniques I had practiced, and literally think in my head…just keep swimming. Finally I made it. The biking was gorgeous along the Pacific Coast Hwy and the run on the beach was a strong ending. The best part was probably having fries and beers as a crew, in the sun, talking about how bat shit the whole experience was. 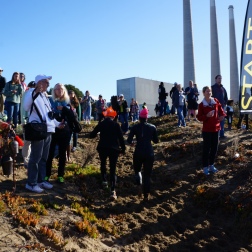 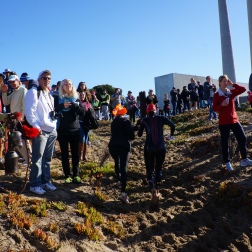 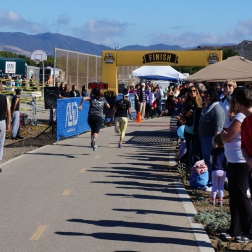 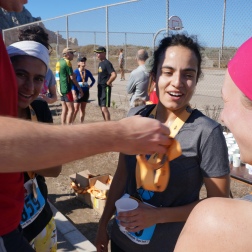 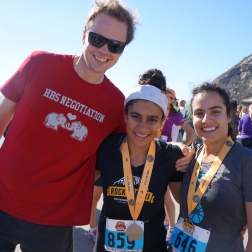 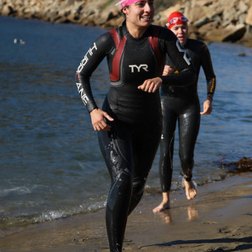 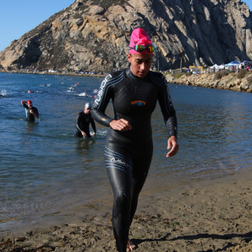 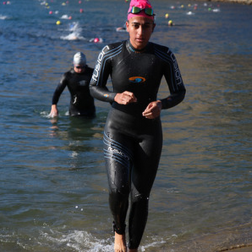 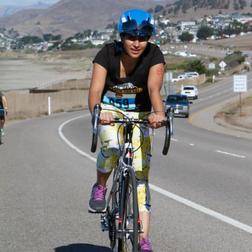 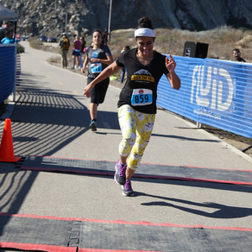 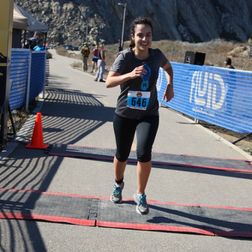 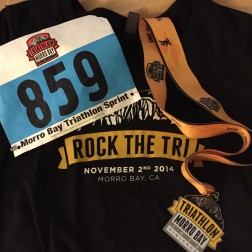