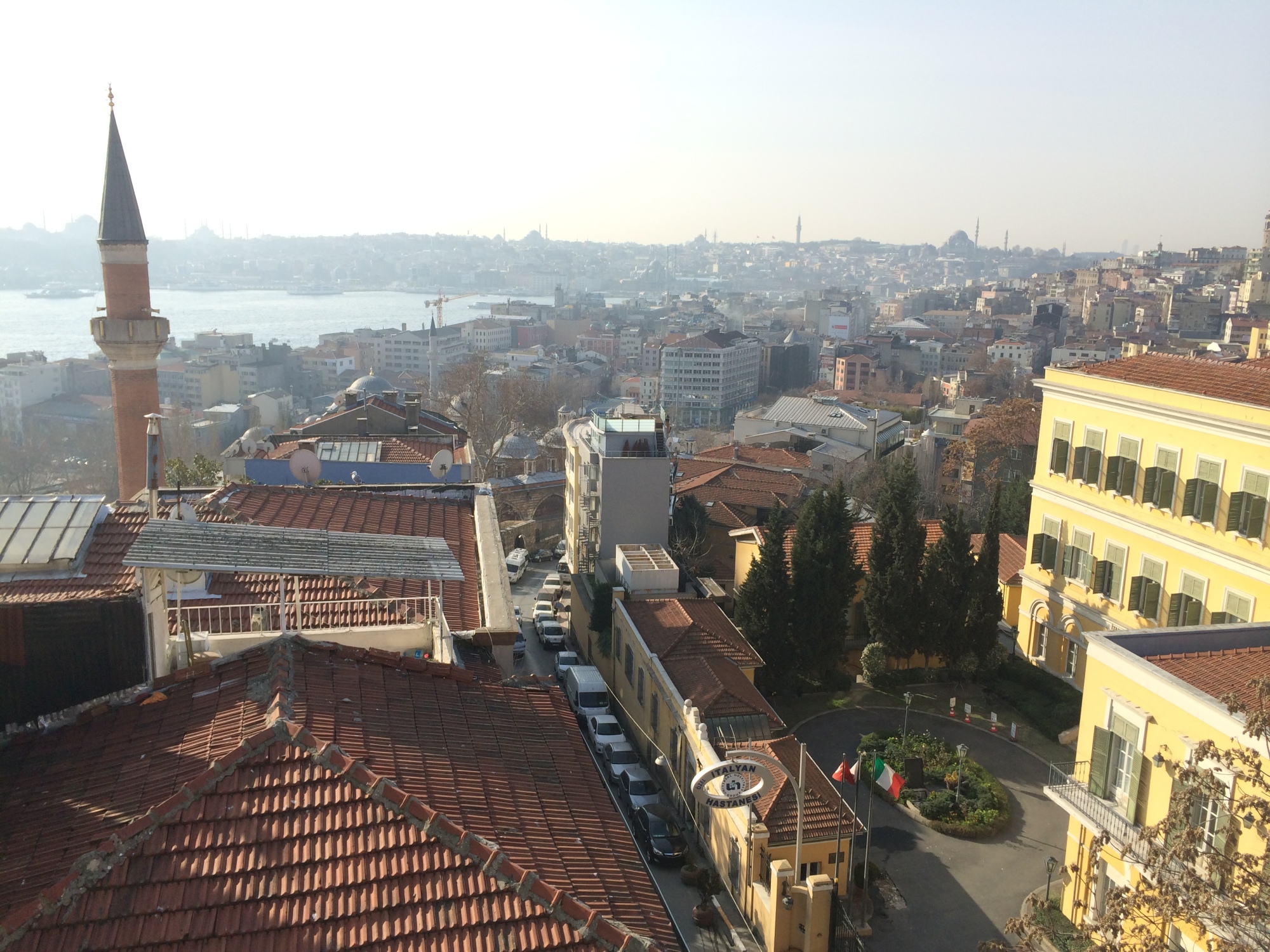 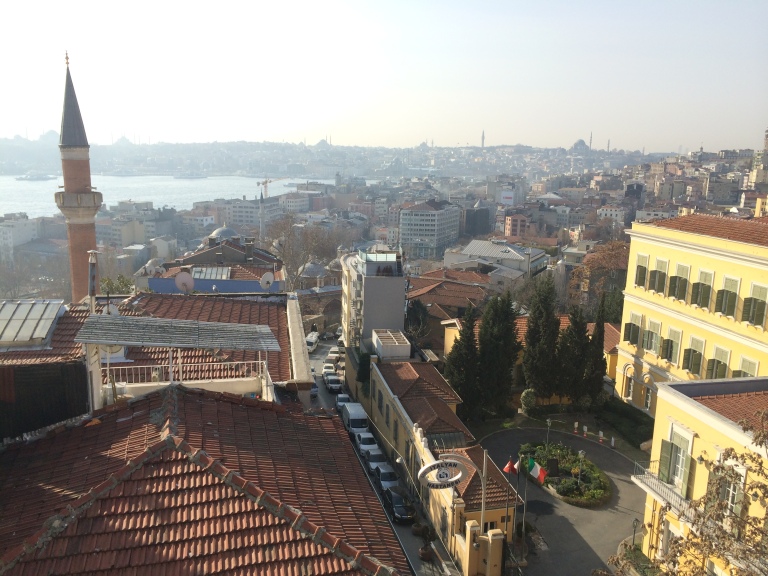 I came to feel at home in Istanbul. I learned which shops marked the winding street corners I liked, and how best to walk from Taksim to Cihangir. I learned the names of two drums I didn’t even know existed, the bandir and the dovul, and I came to feel more comfortable saying merhaba and teşekkürler and çay as I moved through my day. 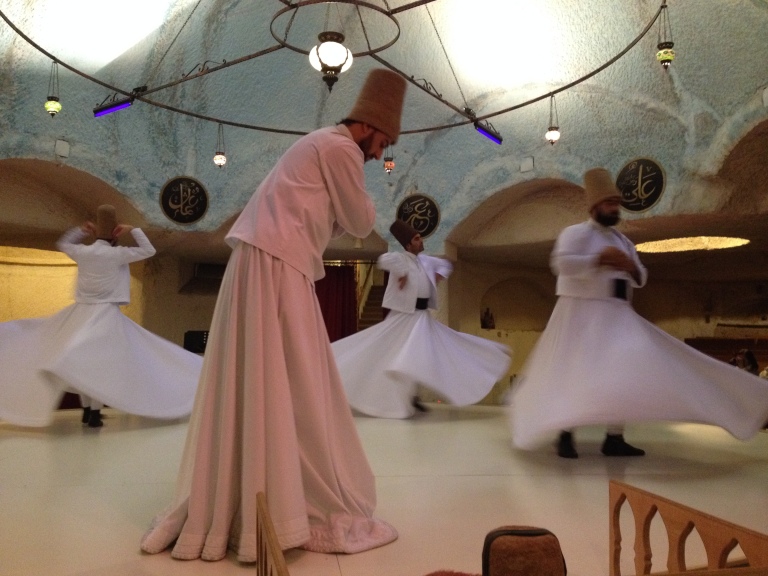 When picking where I wanted to go for HBS’s FIELD 2 immersion program, I picked Turkey because of a History of the Modern Middle East class I took at Georgetown in 2009. I loved that class so much because I had no idea how unique Turkey’s history was. I remember feeling surprised that Ataturk saw the route to the country’s prosperity embedded in Western values. Furthermore, I was deeply interested in how whether or not women were mandated to cover their heads was a dynamic reflection of the country’s political leadership at that point in history. I knew that if I ever visited Turkey, it would have to be for an extended period of time, not just 3 or 4 days. 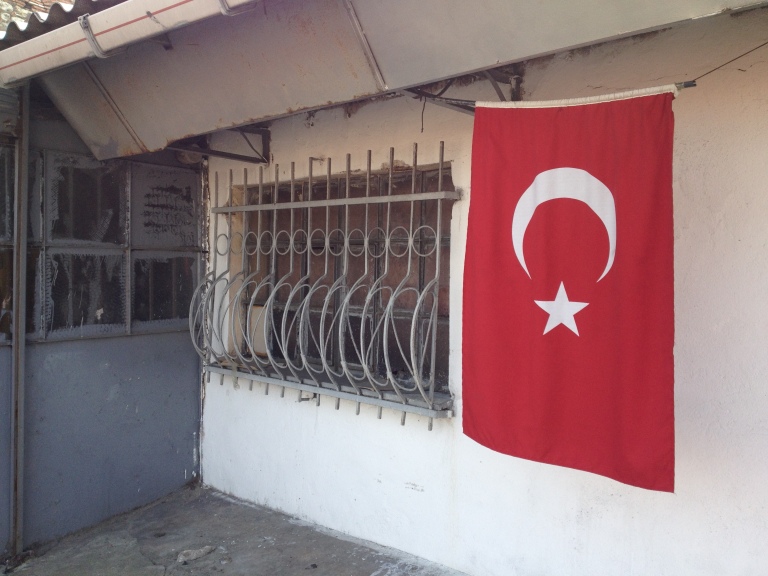 Not only was I thrilled when I got chosen to go to Istanbul, but I was even happier to learn that my team of 6 would be working for TAV, the company that runs operations for Istanbul’s Ataturk Airport. Our project for the week was to alleviate family travel by capitalizing on routine travel needs. Our partners at TAV, Sevilay and Tolga, took such good care of us that week. They were friendly but focused and pushed us to work hard. They were excited to have us for the week and gave us an enormous amount of their time by taking us through corners of the airport, and giving us the tools we needed to survey various families traveling through. A week later, our team gave a formal presentation to not only the Head of Operations, but to roughly 20 other staff members that had been invited to come as well. We not only offered solutions to improve the FamilyPack and Passport, VIP services that are currently offered, but also added 4 new suggestions: Kid Corners, Fast Family, Fun Buggs and Baby Carts. After a short Q&A, the Head of Operations genuinely seemed interested in implementing some of the ideas. 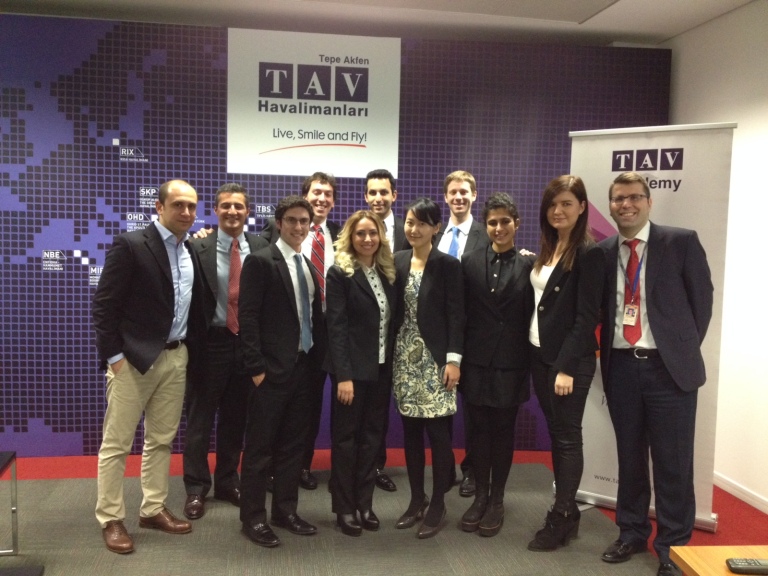 I liked that we were working in Istanbul during the day, because the trip felt like real life. It felt like I had a job there, then would come home, work out, shower, and go out to link up with friends for dinner, nargile or see live music. I met so many new friends just by exploring the city – my friend Okay showed me tons of live music including an experimental music festival at Babylon. One day when he and I were exploring the shops of Cihangir, we met two Indian Kenyan brothers with whom we ended up spending the next three evenings with just hanging out and chatting about life and art and goals. When I was at the Grand Bazaar desperately searching for a nargile (shisha/hookah) to bring back with me, I felt frustrated that none of them had exceptionally amazing ones. I remember complaining to the 5th shopkeeper I had met, and he said to me – hey – come with me to the warehouse and pick out exactly what you want. And I did just that! His name was Gokhan and he ended up being a friend for the rest of the trip as well. I picked out the handblown glass bowl, a stunning gold Arabic stem, and a Turkish carpet trimmed leather pipe. It was remarkably regal. That night, he took us to Beyazit where he claimed the best nargile existed. I loved hanging out with him and his friends but I am still convinced that the best experience is at Ali Baba Nargile! On another day I spent a whole afternoon chatting with him at his stall at the Bazaar, having anise-apple flavored nargile and sipping tea. 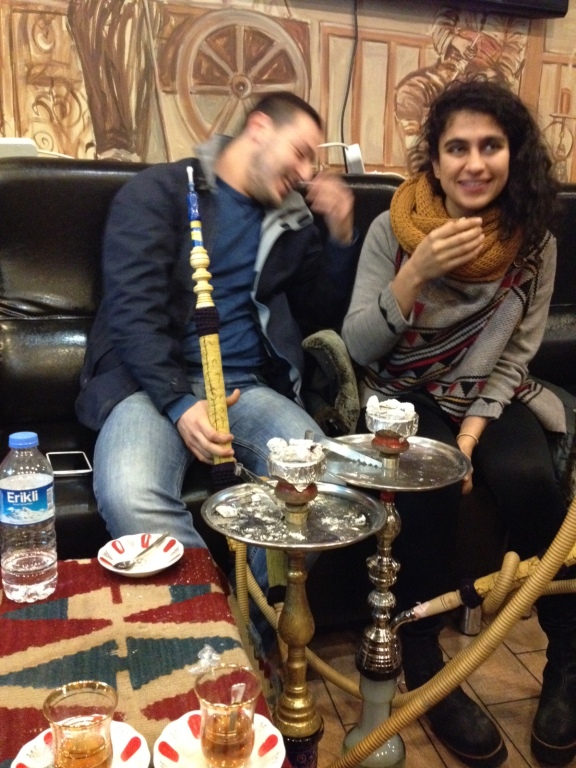 Let me move on to the Turkish baths. Good god the Turkish baths. I had spent the first two days of my trip in Kapadokya waking up at 11am, having fresh squeezed pomegranate and orange juice, hiking with our cave hotel owner, biking around the different towns, singing into caves as the call to prayer echoed through the mountains, smoking nargile and of course…having Turkish baths. The first time I walked into a Hamam, I didn’t know what to expect. I was naked and one of the ladies beckoned to me, “come lady, sit down lady” to lie down on the hot marble slab in the middle of the bath. Then, good god, she poured the most wonderful water on me, ritualistically like a little baby, at a temperature that only exists in the heavens. She scrubbed me down, exfoliating my body, my face, put bubbles all over me and massaged all up in my shoulders and calves. She bathed me and tied me up in the towels, truly like a little child, and sent me on my way. The experience ended with me Facebook friending sweet Turkish ladies after chatting in broken English with them about how boyfriends are bad and I’m better off without one. I agreed and sipped apple tea gratefully. I ended up going for hamam 4 more times after that during my trip.

Other highlights, if you plan to visit Istanbul:

Coffee shops: Nook behind Ali Baba Nargile and Kili Cali Pasa Hamami…but also go to Kuru Kahvecimehmet Efendi which sells the most divine ground Turkish coffee and smells too good to be true 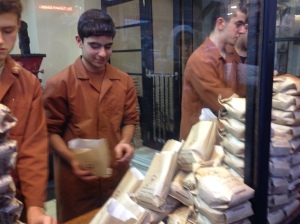 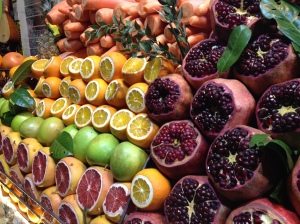 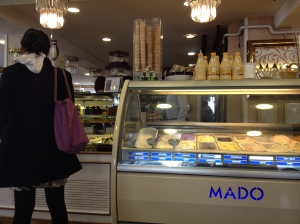 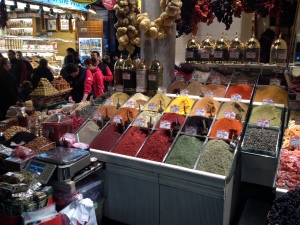 A good family friend and well-known Turkish designer Emre Erturk invited me out one evening in the upscale Nisantasi area at Chocolate Cafe. I met his sister and talked about how 2014 is the year of hard work and good people. A week later, we were featured in the national newspaper, Hurriyet.

As I reflect on my two weeks in Turkey, a few things come to mind. I felt grateful for the eternal hospitality I felt when I met new people. My friend Neba, for example, took me to so many special places and had designed a shirt she made for me at her family’s home near the Black Sea. And Gorkem, my HBS teammate’s friend, gifted a book to me that he had written and published about modern Turkish Foreign Policy. Okay, who had been tutored in English by an LA music homie of mine, looked after me like he was my brother and made sure I was safe and happy and exploring exactly what I wanted. Even Aycelen, who was the lady in our hotel who greeted us every morning at breakfast, invited us out a bunch of nights and wanted to get to know our HBS group outside the context of the Renaissance. It made me want to pay this kind of unassuming kindness forward when friends visit me.

I loved the Istanbul flow of life that developed during my time here. I love having Turkish tea every couple of hours and having nargile in the evening with friends and not feeling rushed around. Dinners always lasted forever. I lived for being free to trek around areas like Karakoy, Cihangir and Tunel and coming upon really dope hidden gems of shops in the winding streets behind Istiklal. I loved our TAV partners that we worked with, and the logical feasibility of the project we were assigned to do. I’ll miss the hypnotic, floating, dreaming feeling I’d get lying around in the Turkish baths and I’ll miss when Turkish people say “tamam” (okay) or “evet” (yes) because it always felt like the most reassuring thing ever like yes, things are great, everything’s gonna be ok, carry on, I gotchu, I understand!

Boarding the flight now, I have a greater appreciation for teamwork and prioritizing others. I will miss the sanctity of cay, hamam, nargile and the sounds of the call to prayer echoing around me. 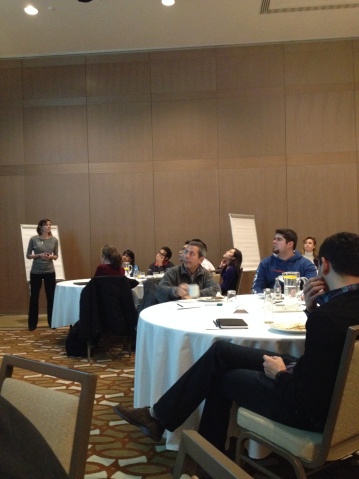 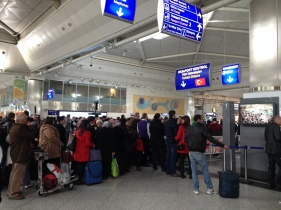 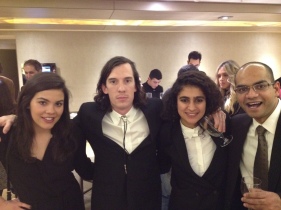 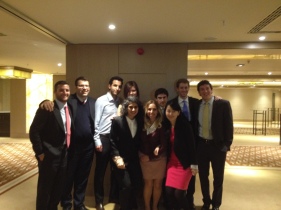 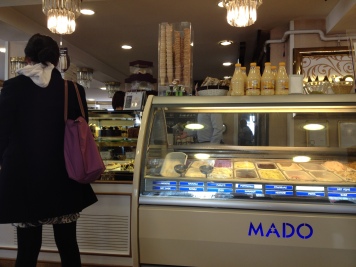 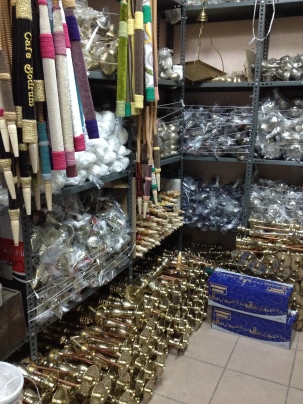 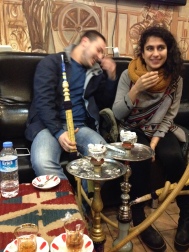 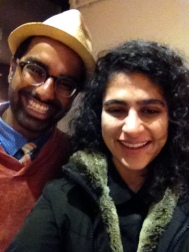 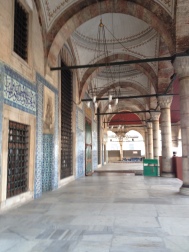 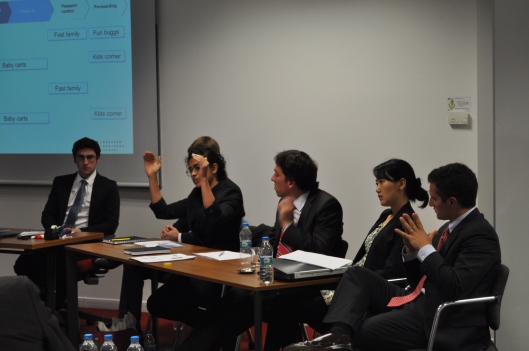 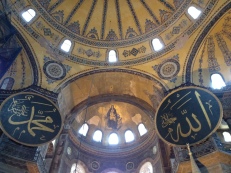 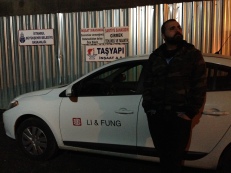 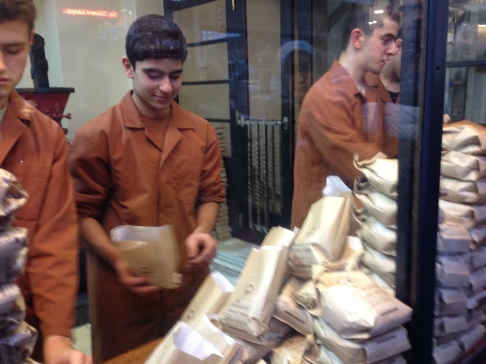 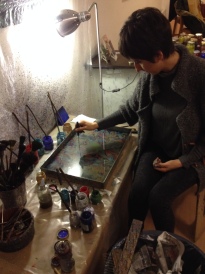 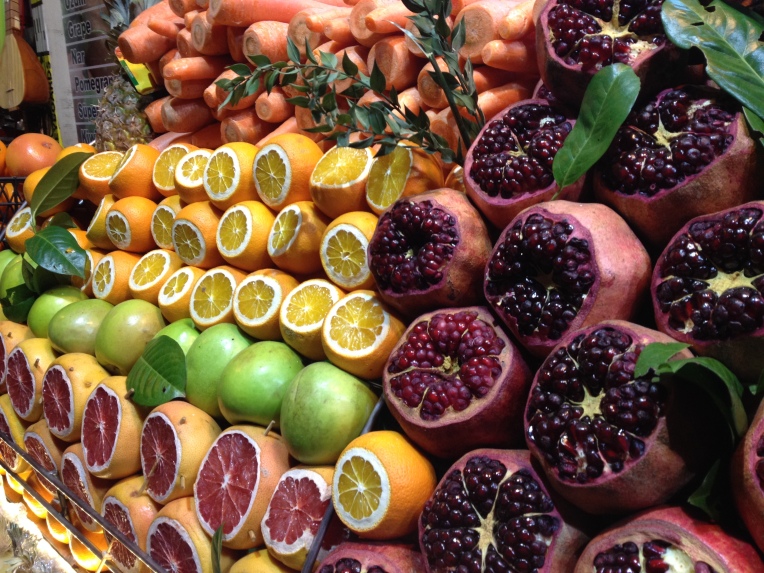