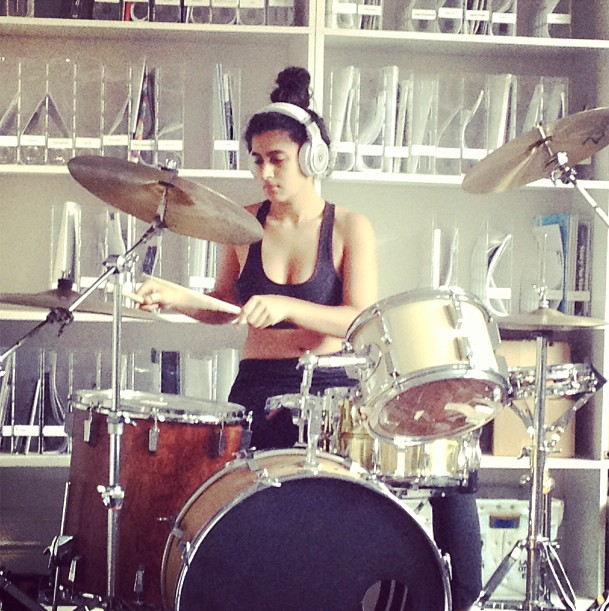 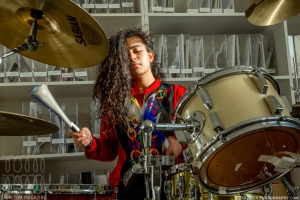 I had a layover in NYC on January 6th, 2013 on the way back from New Delhi en route to LA. I hit Mindy about linking up while I was there for the weekend, and she instantly recruited me to be one of the 6 drummers to play at an exhibit at the MoMA’s PS1 in Queens. The concept was amazing: for one hour we were to take over the exhibit by placing six full drumsets throughout the museum and become the exhibit. We played for exactly one hour, 3-4pm, non stop, while museum goers explored each drummer woven throughout the museum. We stationed someone in the boiler room, in the main lobby, in the basement reading room, in one of the hallways, in the stairway and myself in the offices on the 3rd floor!! We were chipping away at our own history – 6 drummers who were all playing, but didn’t have contact to the other drummers to even know that other drummers exist and are out there. BUT, there was a beatboxer, writing the oral history of female drummers, coming to each of us as we played, to interact, freestyle and explain that we are not alone. I think Tom Tom Magazine will host another follow up exhibit either in NYC or LA where we have all connected, and there is HYPER media coverage of our stories and existence. This is the next step after all. 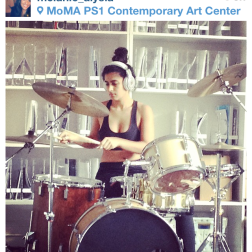 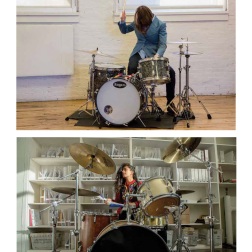 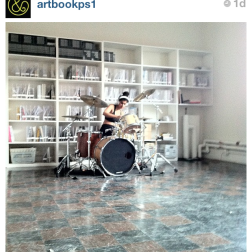 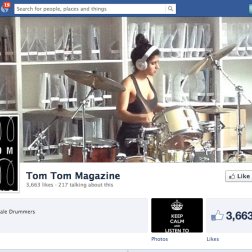 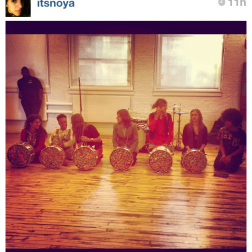 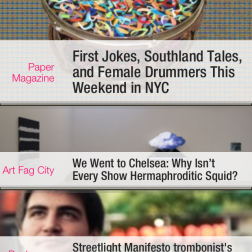 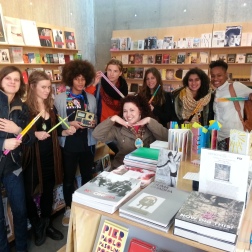 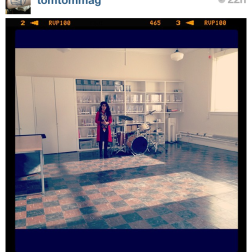 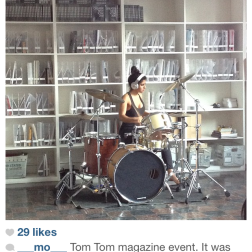 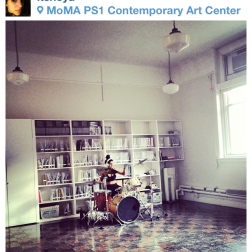