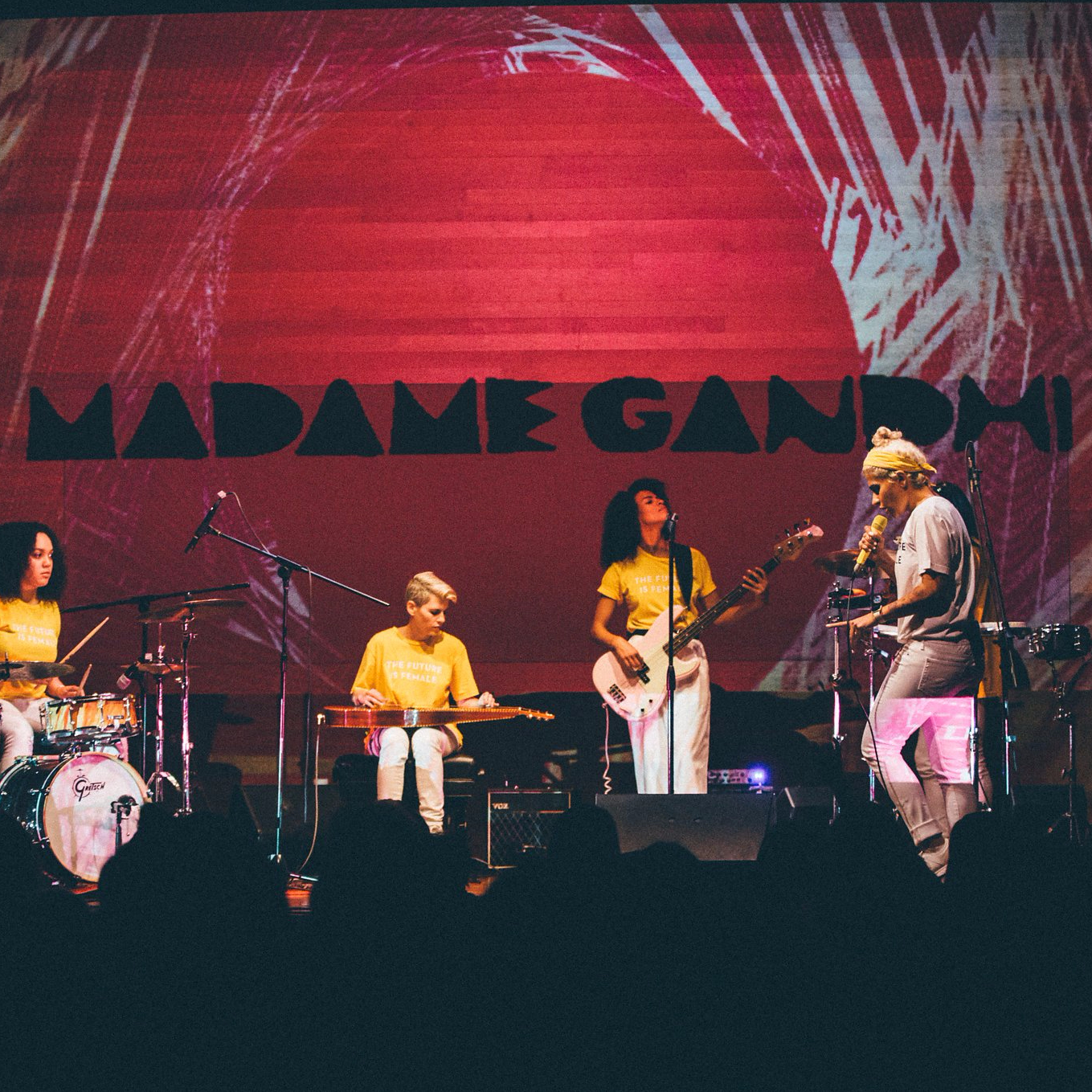 “Last Friday, I broke my cardinal rule and at the suggestion of my best friend, went to a concert. Anyone who knows me is well aware that I am not a fan of concerts. If I can listen to a song via my iPod, phone, or laptop, I see no need to spend money to hear the music live when there’s an 80% chance that I’d be hearing my seat mate singing louder than the musician I paid to see. So when my best friend urged me to come to Madame Gandhi’s NY music event with her, I took some convincing before I agreed.

My main qualm was that I had not heard of Madame Gandhi. I’ll admit this right off the bat–I’m one of the absolute worst people when it comes to new music. And when I say “new,” I mean music from this decade. I mean that most of the music on my iPod is from the E.L.E. Busta Rhymes era. So first, I had to find out who Madame Gandhi was. What was she about? What kind of message did her music relay?

My search yielded results. (Google can be a great friend if you let it!) It turned out that Madame Gandhi is a Georgetown alumni who had achieved what many, including myself, could not dream of–the triple-threat degree program–and that she was a drummer who had toured with M.I.A. Her Facebook page told me that she was a staunch advocate for feminism and social justice. Remember the woman who’d run that 26-mile marathon while bleeding from her period? The story that had gone viral? This was her!

The bar/cafe area on the main floor was packed. Some people were in formal attire while others, like myself and my best friend, were dressed casually. After we went down to the theater level, we milled around for a bit and perused scrolls of intricate ink art while we waited for the staff to start letting people into the theater. On the merch table outside the theater, there were cool stickers (a percentage of the proceeds of which went to charity) and a bright yellow t-shirt with bright, white letters across the front saying, “THE FUTURE IS FEMALE.” Intrigued, I wondered how much the shirts were and my inner cheap-o clutched her pearls at the $30 price tag. A bit too rich for my blood, especially since I didn’t know much about Madame Gandhi. 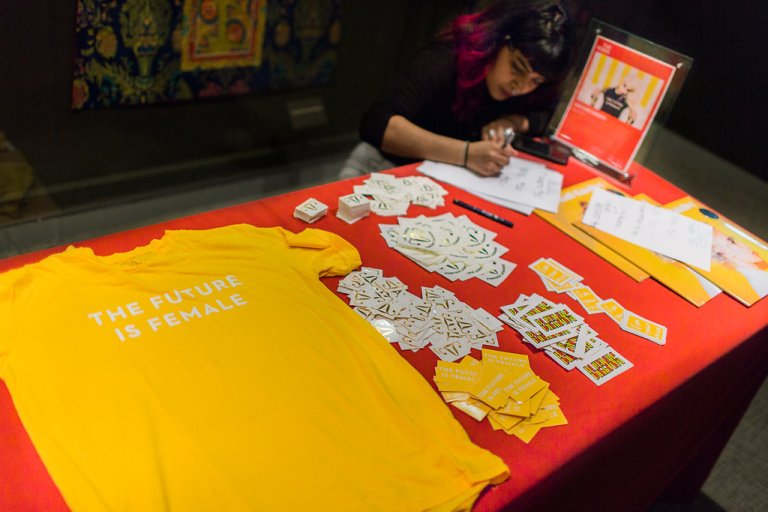 Madame Gandhi’s impressive educational and career history had previously baffled me. I just couldn’t grasp how someone could go from politics and Harvard to performing music and then, it clicked. Music is something powerful enough to convey important messages. It can elevate voices that are often stifled. I think that some, like myself, tend to forget the impact of music and how it shapes societies, ideologies, and calls attention to important issues such as the need for emotional intelligence.

Before she started her set, she explained what “The Future Is Female” meant to her. And before the digital fedoras jump in with “Feminazi propaganda!1! Man haters!!!1!” or any other such drivel, the meaning, as I understood it, is simply this: The future needs to be a place where men aren’t the default or the standard. It needs to be a place where everyone’s needs are properly cared for. As Madame Gandhi pointed out, there is an issue with human rights aid organizations not taking feminine care necessities, like proper menstrual care availability, into account when assisting areas in need. (I’m ashamed to say that I hadn’t even thought about that until she brought it up, but I’m glad that I’m now aware of the problem.)

All in all, I can’t express how great it was to hear her speak and talk with the audience, as opposed to talking to us. It felt genuine, and coming from a cynic like myself, that’s really saying something. And as a cynic, I can also tell you this: Madame Gandhi is someone who doesn’t half-ass anything. She truly believes in what she stands for and is actively pushing for positive change in today’s rough political landscape. 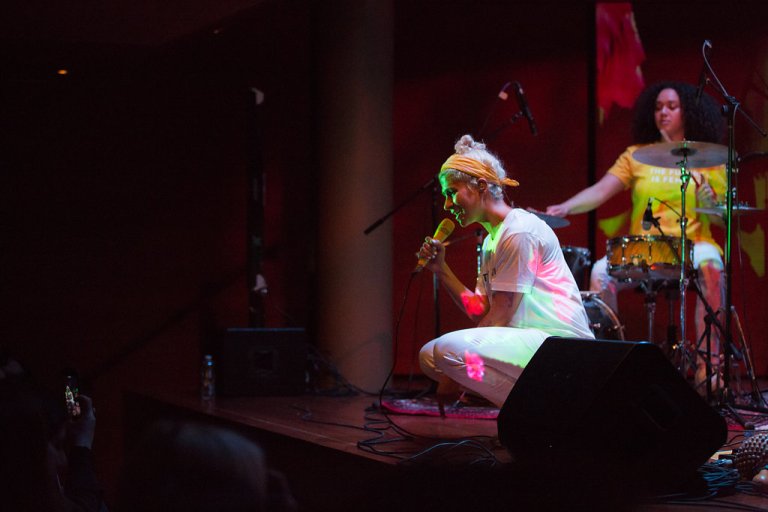 What about her music, you ask? Well, let’s just say that I’m now the proud owner of a new yellow t-shirt…and that my iPod finally got the overhaul that my friends have been hoping for since 2014.”